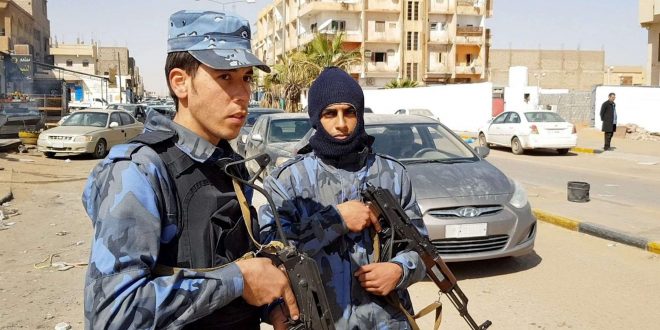 Over 200 displaced in recent Murzuq fighting

In its flash report on the situation, the International Organizations for Migration (IOM), said that a large number of families had been displaced as a result of the recent fighting in Murzuq.

The report said that between 22 and 24 February 2019, at least 200 families were displaced from Murzuq to Al Qatrun as the security situation became increasingly tense in Murzuq and surrounding areas over the past week.

It added that reportedly, IDP families are staying with relatives and host families.

It said that reported priority needs of the displaced families include medical supplies, particularly for chronic diseases such as diabetes, as well as food and non-food Items (blankets, mattresses, clothes, hygiene kits, and diapers).

It will be recalled that fighting broke out on 20 February between the Khalifa Hafter-led Libyan National Army (LNA) and its local allies, and opposition Tebu forces in Murzuk.

Murzuk is located 144 km south of the southern regional capital Sebha. The battle there was a continuation of Khalifa Hafter’s military operation from Sebha and in the southern region to “clean” the area of criminals and foreign mercenaries.

On 21 February the LNA’s Official Spokesperson Ahmed Mesmari, reported on behalf of the Karama (Dignity) Operation Room: “Our forces have secured the city of Murzuk”.

However, the next day there were reports that the Tebu coalition, which the LNA claim include Chadian mercenaries, had mounted a counter attack and pushed the LNA coalition forces out.

There were unconfirmed reports that the LNA had suffered some deaths and loss of military vehicles.

The LNA did secure Murzuk in the following days but there have been unconfirmed reports of abuses by the LNA or its allied forces.

It is noted that the IOM report made no mention of any abuses. However, these reports have included unconfirmed reports of extrajudicial killings, looting and the burning of homes of opponents.

One Murzuk parliamentarian said as many as 17 people have been killed and that there has been much looting. However, a pro-LNA site reported the youth of Murzuk happily cleaning the main streets.