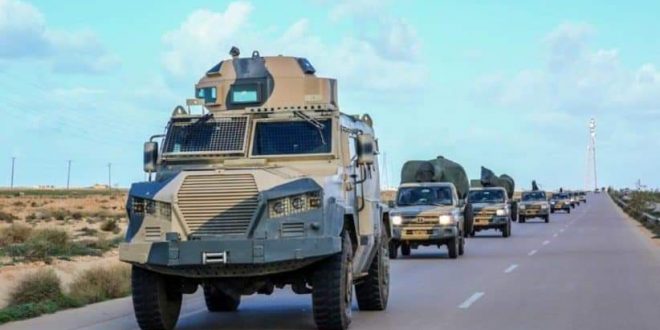 LNA claims to have pushed further south to Traghen

The Khalifa Hafter-led Libyan National Army (LNA) announced yesterday that it has pushed its forces further south from its recent territorial gains.

LNA Official Spokesperson Ahmed Mesmari announced that “Peacefully, the armed forces enter the area of the southwest of Traghen in southern Libya”.

Meanwhile, the LNA’s Military Information Division announced that “The armed forces entered the areas of Gunfal and Traghen as part of the clean-up operations in the south amid a great welcome by the residents of the two joyous regions for the army’s entry to clear the area of criminal gangs and terrorist groups”.

Numerous photos and video clips purporting to show the LNA/its allied forces entering Traghen have been posted by the LNA’s Military Information Division.