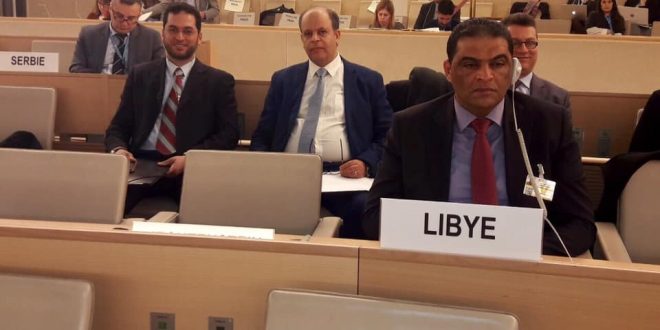 Minister of Justice of the Presidential Council’s government, Mohamed Lamloum, said that human rights violations in Libya are not being committed in a systematic manner, insisting that such practices are merely individual acts.

“The Government is making all efforts to monitor and prosecute those involved in such acts,” minister of justice said.

In a speech to the Human Rights Council in Geneva on Tuesday, Lamloum added that they had released two thousand and one hundred and four detainees from Mitiga Prison recently; whose detention have exceeded the legal term, and for health and humanitarian conditions, including former regime supporters, foremost among them was senior security figure, Abuzed Omar Dorda.

DetentionHuman RightsInternational Relations and Cooperation
All
2019-02-28
asaeid
Previous Amnesty: Violations in Libya persist with impunity
Next Call For Offers: “Hosting and Maintenance of 4 ‘Marsad’ websites”