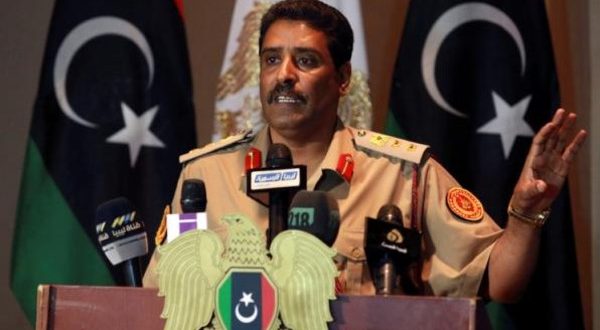 The spokesman for the forces of the Libyan east-based self-proclaimed army Ahmed Al-Mismari his self-styled Libyan National Army has seized control of Libya’s southern border with Algeria.

The advances are the latest in an operation Haftar announced in January to “eliminate gangs, terrorists and criminals” in the south.

The spokesman claimed that the forces now control all Libya’s borders except the one to the west which is shared with Tunisia.