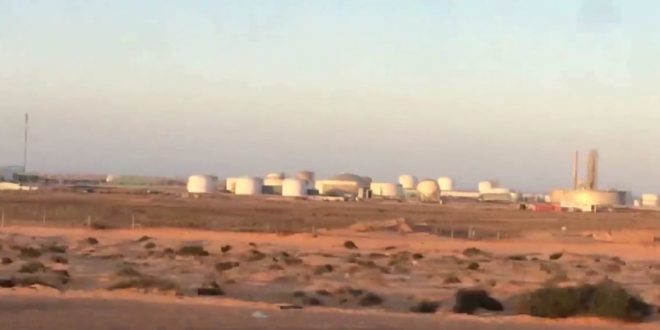 Key oil field in Libya to reopen after three months

One of Libya’s most important oil fields is set to reopen nearly three months after it was taken over by an armed group, the state-owned National Oil Corporation said Monday.

Production at the Al-Sharara site in southern Libya “is expected to resume within the next few hours”, the NOC said in a statement.

The announcement marks the end of “force majeure” declared in December; a legal measure which exempted the corporation from responsibility for failure to deliver on contracts.

Getting production underway again follows “the removal of the armed group responsible for its blockade,” the NOC said, which led to losses of $1.8 billion.

“This costly episode highlights the importance of NOC remaining independent and free from extortion and armed incursion,” said the corporation’s chairman Mustafa Sanalla.

Located around 900 kilometres (560 miles) south of Tripoli, Al-Sharara had been producing some 315,000 barrels per day, almost a third of Libya’s current output.

The site is operated through a joint venture between the NOC and four European energy firms.

Steeped in chaos since the ousting of dictator Moamer Kadhafi in 2011, Libya remains divided between rivals.

The internationally recognised Government of National Accord sits in Tripoli, while a parallel leadership in eastern Libya is backed by military strongman Khalifa Haftar.

His forces seized the Al-Sharara field last month, as part of a military operation in the country’s south.

Haftar’s self-styled Libyan National Army entrusted the management of the site to the NOC, which refused to restart production until armed groups had left.