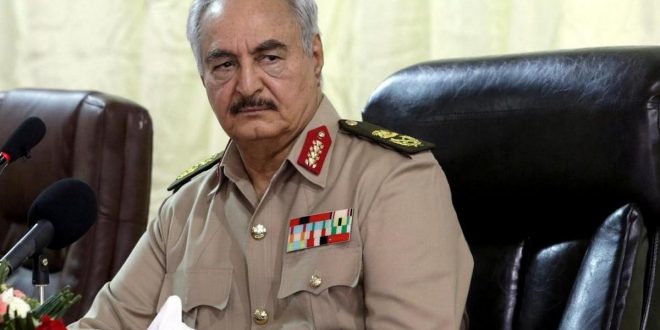 Between January and February this year Libyan Armed Forces (LNA) led by Field Marshall Khalifa Haftar have captured almost the entire southern region, known as Fezzan, including all its oil fields and major population centres. Surprisingly, the advancing forces were welcomed by cheerful locals in almost every little village and town they entered. The south and its people have been neglected for a long time by the helpless Government of National Accord (GNA) in Tripoli. The GNA can hardly help itself.

Since NATO’s 2011 military intervention that toppled the Gaddafi regime, Fezzan has been the most troubled part of Libya. LNA made its steady advance in incremental steps by using local volunteers and moving on after securing every town and village it took. By 2 March LNA forces reached Al-Qatrun, the largest major population centre on the road to Chad and Niger. Al-Qatrun; a village of less than 10,000 inhabitants, is not important except for its proximity to Al-Wigh airbase about 120 kilometres further south. The unused base is in a strategic location because whoever controls it can easily control the triangle connecting Libya, Chad, Niger and Algeria to the southwest.

In the southeast the LNA also took all important towns and villages including Umm Al-Aranib, in the middle of Murzuq district, and Kufra on the border with Sudan. It took LNA less than three months to take the entire southern region home to Libya’s largest oilfields and Waterfield’s from where fresh water is pumped through the man-made river thousands of kilometres to Tripoli and the rest of Libya; a Gadaffi legacy not destroyed in the 2011 civil war.

After 2012 Fezzan became sort of independent ungovernable region where crime was rife and rule of law does not exist. With an area more than half a million square kilometers of mostly harsh desert terrain, the province became out of control and fell into lawlessness and despair.

Fezzan has always been a problem for the central government in Libya but after the 2011’s civil war it developed into a crime hub where kidnapping for ransom, extortion, smuggling and migrant trafficking take place. Its location on the road to Niger, Chad and Algeria and its vast desert areas provided prefect safe places for smugglers, people traffickers and terror groups. After 2013, Fezzan became home to Chadian armed opposition groups, mostly from the Tabu tribes, from where they launch their attacks against the government of Idris Déby in N’Djamena. Capitalising on the sympathy of Libya’s very small Tabu minority, the rebels were welcomed in return for helping the local Tabu, particularly in Murzuq in the southwest.  This is one of the reasons why only in Murzuq LNA forces faced short lived stiff resistance to take the town and about 20 civilians got killed in the operation.

Murzuq is home to Libya’s Tebu and to defend themselves against any militia they welcomed assistance from their cousins from Chad some of whom took residence in the town and became part of the its inhabitants. Tebu have a long running bitter animosity with another dominant tribe, Oulad Suliman concentrated in the regional capital Sebha. MEMO’s article published 24 January  explained the tribe’s role in helping LNA advance into the south.

Once in Sebha LNA’s marching troops were joined by paramilitary tribal forces from Oulad Sumilan, heading to Murzuq. Given their knowledge of the terrain the tribal paramilitaries led the charge against the town where their Tebu enemies are concentrated. Tebu considered the coming fighters just another militia from whom they had to defend themselves thus the high number of civilian casualties. Once the LNA’s more professional troops arrived the abuses stopped and fighting subsided. The Libyan Tebu laid down their arms while their Chadian cousins fled south toward Chad. On entering Chad, they were heavily bombed by French aircrafts based in Chad to protect Déby’s government.

Undoubtedly; some atrocities were committed against ethnic Tebu in Murzuq, regardless of if they were Libyans or Chadians. However; it is not on the scale reported by some local media which accuses the LNA of tribal cleansing against the Tebu. In fact, the accusations against the LNA are no more than Islamists’ propaganda led and encouraged by the former Mufti in Tripoli who constantly calls for jihad against the LNA.

The developments in Fezzan explain the sudden un-announced meeting in Abu Dhabi, UAE, that brought together commander Haftar and Fayez Al-Sarraj head of the GNA in Tripoli. Sponsored by the United Nations’ special envoy Ghassan Salame, and hosted by the UAE, one of Haftar’s backers, Salame wanted both parties to re-iterate their commitment to the political process he is leading to try to solve the Libyan crisis and to reassure other factions, including Islamists in western Libya, that Haftar is committed to political solution rather than military one. Both Al-Sarraj and Haftar have met twice in Paris in 2018 and 2017 and committed themselves to elections.

However after his latest victory Field-Marshal Haftar might reconsider his position. His LNA now controls almost two-thirds of the country and all oilfields, Libya’s source of cash, while his opponents in Tripoli and Misrata are being surrounded even from a distance. Indeed, the militias controlling Tripoli hate Haftar and are fearful of his recent military gains. Their options to counter him are very limited if he decides to head to Tripoli.

It is very unlikely that the LNA will get the orders to start marching on Tripoli, any time soon. But the shifting local politics could change that at any time. In that case Misrata will pose the most serious challenge to him. He cannot, militarily, take Tripoli and leave Misrata behind him. And Misrata, 300 kilometres east of Tripoli, has the best armed and well trained militias and paramilitary troops. They are battle hardened with hordes of arms and local finances available to them to put up a serious fight against the LNA should it move westwards.

In a joint statement, right after the UAE’s meeting, Misrata’s hardliners, a collection of militias, paramilitary troops and local politicians including the city council, not only condemned Haftar but accused him of being an agent of foreign powers and vowed to “defend the revolution”, as they put it.

With the south under his control is Haftar in any hurry to make his move now? Not really. Such a move will make him the aggressor and further strengthen his critics’ argument that he is only a power hungry old general intending to run the country as a dictatorship just as his friend in Egypt is doing right now. Haftar is known to be a patient old man however time is not on his side given his age and health.