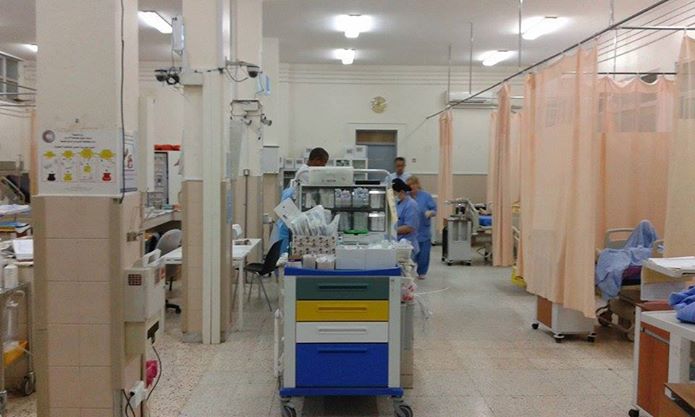 Panic in Libya after First Malaria Case in Decades

A state of panic pervaded the Libyan capital Tripoli on Thursday after the first case of malaria in decades was recorded.

Director of the National Center for Disease Control Dr. Badreddine Bashir al-Najjar confirmed the case in a four-month-old child, adding that tests were underway to determine how she contracted the disease.

He speculated that she could have contracted it from her place of residence in the Abou Salim neighborhood.

He revealed in a statement that the center had agreed to carry out an environmental sweep of the district and other areas where mosquitoes thrive. The necessary measures will be taken to ensure that the disease does not spread.

The center will try to assess the environmental factors that led to the emergence of the disease for the first time since the 1970s. Other cases were reported in the cities of Ubari and Ghadames.

Head of the rapid response teams at the center Ramadan Osman stressed that the situation was under control and contrary to some claims, the disease has not turned into a pandemic.

The residents of Abou Salim lamented the emergence of the malaria case, saying they had previously warned of the spread of the disease due to the poor sewage systems and pile up of garbage in the neighborhood.

The Abou Salim municipality said that its pleas for help went unheeded, urging the Government of National Accord to provide the necessary medical assistance.

It called on the people to contact the emergency services to report any suspected malaria case.