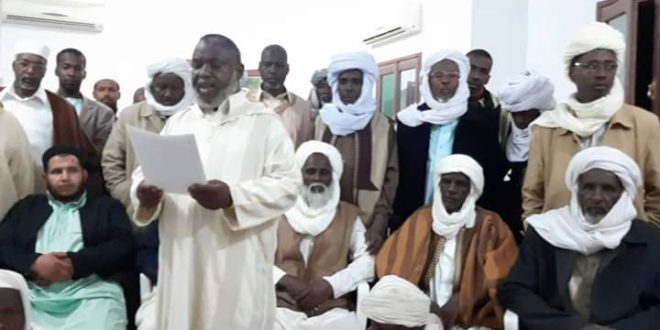 Murzuq, Wadi Utba, Al-Gatroon and Tamsa’s social components signed a truce of calm and peaceful coexistence among the residents of Murzuq in southern Libya.

The truce necessitates ceasing hostilities and banning weapons as well as lifting social protection on those involved in crimes and bringing them to justice.

Among other procedures, the truce also calls for ending media campaigns that fuel violence and advocate for hatred on media outlets and social media, urging civil societies to educate students about peaceful coexistence.

The signatories also agreed to reopen state institutions and avoid spreading violence to them and to all vital institutions in the town.

Many people were killed and others injured in clashes last week after Khalifa Haftar’s forces had withdrawn after spending days in control of the town.

Haftar’s forces entered the town in clashes with Tubu forces using several southern tribal fighters who are not on good terms with the Tubu in the region.