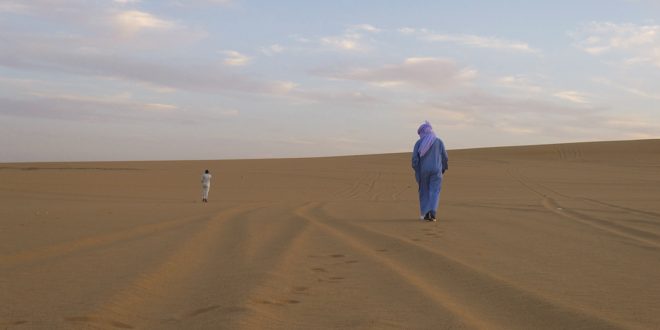 Egyptian security experts suspect that a wall being constructed by Libya will be ineffective in stopping terrorists and arms smugglers at Libya’s porous eastern border with Egypt.

Col. Miloud Jawad, the undersecretary general of the Interior Ministry of the Libyan Interim Government based in Tobruk, announced on Jan. 21 that the ministry had started building a wall at its eastern border crossing with Egypt, Mosaid, to preventing the infiltration of militants and combat drug trafficking and other smuggling operations across the border.

The Libyan security directorate announced in a Jan. 20 statement that it signed a contract with Libyan company Al Noor & Al Amal to construct a wall just one kilometer long on its eastern border with Egypt. There is no coordination with the Egyptian authorities on the project.

The chaos gripping Libya since the NATO-backed overthrow of its long-serving leader Moammar al-Gadhafi in November 2011, following an uprising against his regime, has posed a mounting threat to Egypt’s national security. In the absence of a functioning Libyan state, Egypt’s western border with Libya has become a hotspot for the smuggling of arms and the infiltration of militants across it. On Sept. 28, 2018, the Egyptian air force destroyed 10 vehicles loaded with arms and explosives that crossed into Egypt from Libya.

Security experts in Egypt do not believe that the border wall can effectively curb these threats.

Gen. Mohamed Rashad, an Egyptian former intelligence official, told Al-Monitor, “Due to the prolonged state of chaos that has been engulfing Libya following the ouster of Gadhafi and the inability of the authorities there to develop a new and efficient security directorate and establish control over all of the country, militant groups started to gain a foothold there, especially in eastern Libya. Consequently, eastern Libya, which has become an incubator for jihadist groups, has become a hostile environment toward Egypt across the border.”

He added, “After the ouster of Egypt’s Muslim Brotherhood President Mohammed Morsi on June 30, 2013, eastern Libya has become a safe transit point for Islamists wanted by the police who fled Egypt. … It has also become a refuge for militants who are hostile to the post-June 30 Egyptian government.”

Rashad believes that it is impossible for a one-kilometer wall to stop the infiltration of militants and smuggling of arms across the 1,115-kilometer (693-mile) Egyptian-Libyan border.

“For the border wall to be really effective in imposing security, it has to be at least 1,000 kilometers long. But building a wall with such a great length requires huge financing, which is above the capacity of the Libyan authorities. In addition, a border wall needs tight security on both sides of the border, and this is far from easy now in light of the current fragility of Libya’s security agencies,” he said.

Gen. Hamdi Bakhit, a member of the Egyptian Parliament’s National Security and Defense Committee, also believes that the idea of building an effective wall along the Egyptian-Libyan border is impossible due to the vast length of the border as well as the huge costs it would entail.

Bakhit told Al-Monitor, “Much of the terrain in the vicinity of the Egyptian-Libyan border is mountainous, and this makes the task of border security extremely complicated. But the Egyptian state, in the past four years under the leadership if its President Abdel Fattah al-Sisi, has significantly reinforced security along its western border with Libya with additional troops and armored vehicles.”

The UN Security Council imposed an arms embargo on Libya in February 2011, after the country became politically unstable. The trade ban forbids all UN member states from selling or supplying arms and any related materials — including ammunition, military vehicles and other equipment — to the country.

Bakhit believes that the only viable solution to stop the threats Egypt faces from its western border with Libya is to support the re-arming of Libya so it can establish security. “I hope that the Egyptian authorities can coordinate with regional and international powers to lift the ban on arms sales to the Libyan army,” he said.