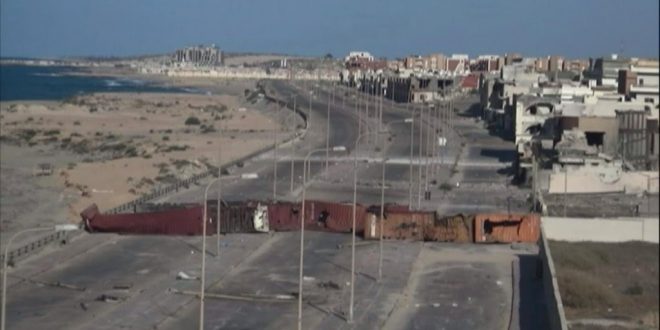 The general command of the self-proclaimed army of Khalifa Haftar said their forces advanced on Abu Hadi area near Sirte and posted footage of fighters and vehicles to prove its new advance toward central Libya after strings of advances on Al-Jufra.

However, the Sirte Protection and Security Force issued a statement on Sunday denying the advance of Haftar’s forces, positing videos of its forces scouring the Abu Hadi area.

These new remarks come as the Sirte force warned Haftar’s forces of ever advancing on western Libyan areas, especially Tripoli, which Haftar has been threatening for so long.