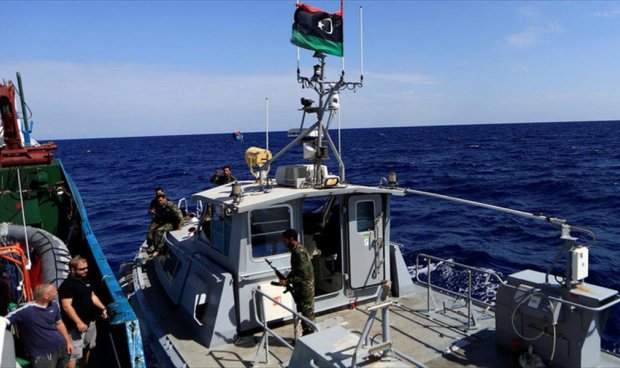 People shackled, beaten, burned, crushed, hung upside down, threatened, and detained in horrendous conditions: the images broadcast recently by Channel 4 News apparently showing the torture and inhumane conditions suffered by some migrants in Libya are unbearable to watch.

They should trigger not only horror but anger too, because they expose France’s cynical and callous attitude on migration.

Just days before the broadcast, French Defence Minister Florence Parly announced that France would give six boats to the Libyan Coast Guard (LCG). The Coast Guard will use the boats to intercept migrants attempting to cross the Mediterranean Sea to safety, and if they catch them, they will place them in arbitrary, indefinite, and abusive detention.

Since 2016, the European Union has poured millions of Euros into strengthening the LCG under the Government of National Accord, one of two competing authorities in Libya. Indeed, increase in interceptions by the LCG, including in international waters, combined with the obstruction of volunteer rescue vessels by Italy and Malta, has contributed to overcrowding and unsanitary conditions in Libyan detention centres.

While Italy has taken the lead in providing material and technical support to the LCG, unfortunately, France is following in their path.

This is deeply hypocritical because in November 2017, President Emmanuel Macron strongly condemned the abuse of migrants in Libya as “crimes against humanity,” when revealed by CNN, and both rights and humanitarian groups have since repeatedly warned the French government about the terrible abuses in detention centers. In January, a Human Rights Watch report exposed how EU programs designed to improve conditions in these centers have had little or no impact.

The EU’s efforts to prevent migrants leaving Libya for Europe significantly increase the risk that migrants will be exposed to abusive detention in Libya. Providing material support to the LCG while being fully aware of these consequences implicates France’s responsibility for serious human rights violations.

France should suspend delivery of its boats until Libyan authorities end the arbitrary detention and abuse of migrants. And instead of fuelling a relentless cycle of abuse, France should work with other EU Member States to maintain rescue operations at sea and allow disembarkation in a safe port as vulnerable people will continue to flee Libya’s horrors.