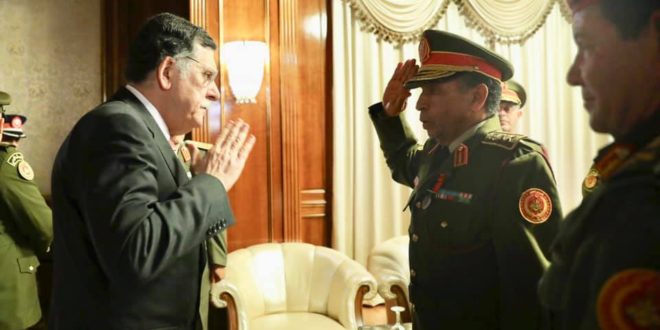 The dismissed chief of Staff Al-Taweel handed over the office and tasks to Al-Sharif, according to the media office of the General Staff of the PC.

Al-Sharif was appointed by the PC last February as the Chief of Staff and General Salim Juha as his deputy.

In the same month, the dismissed chief, Al-Taweel, refused the order of his replacement, saying the decision was void as Fayez Al-Sirraj had taken it individually without consultation with other PC members.

Later after that, Al-Sirraj reduced Al-Taweel’s military rank to a Brigadier and ended his military career.