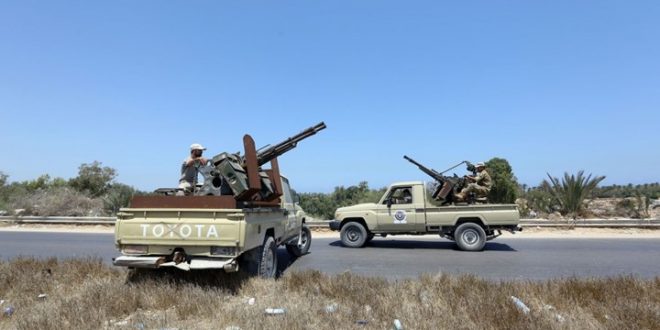 The eyewitnesses added that the clashes in Ghout Al-Shaal and Al-Ghiran areas were triggered as anti-Khalifa Haftar forces’ gunmen handed over a pro-Haftar fighter named Mohammed Al-Kashik to the mobile force.

Al-Kashik later denied the news of his detention on his Facebook page and then calm descended on the area.

Al-Kashik is pro-Haftar fighter who was involved in 2014 fighting in Tripoli. He then escaped to Zintan but is currently working at the general security apparatus headed by Emad Al-Tarabulsi, who was pro-Haftar but later joined the Presidential Council and was tasked in security posts in western Tripoli.

No official statements have been made yet about the fighting.