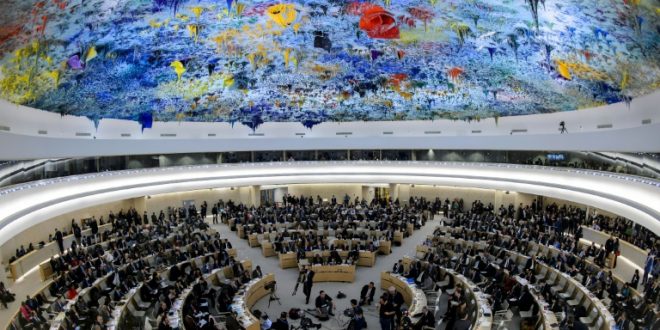 Human Rights Watch remains concerned by the human rights crisis in Libya, which is taking place amidst near-absolute impunity.

“We regret the failure of this Council to provide a credible response. The fact that I am speaking under an item 10 General Debate – rather than dedicated dialogue on Libya – is itself a symptom of that failure.” HRW said in a report on Thursday.

Since the Council’s last resolution on Libya, armed groups, some of them affiliated with one or the other of Libya’s rival governments, continued to attack civilians and civilian property indiscriminately and sometimes deliberately; abduct, torture, and disappear people; and failed or refused to ensure the safe return of displaced people to areas they control.

Migrants detained in Libya face ill-treatment and inhumane conditions in official detention centers run by one of the competing governments, and in unofficial centers controlled by militias or traffickers.

Libyan courts are plagued by a lack of due process. Prison authorities, often only nominally answerable to one or the other of the rival governments, hold thousands of detainees in long-term detention, in many cases without charges.

“In this environment, how can we speak meaningfully about technical assistance and capacity building, in the absence of robust monitoring, public reporting, and efforts towards accountability? For the fourth year in a row, the resolution on the table this session is out of touch with the needs on the ground.” It added.

HRW calls once again on this Council to establish a Special Rapporteur on Libya.