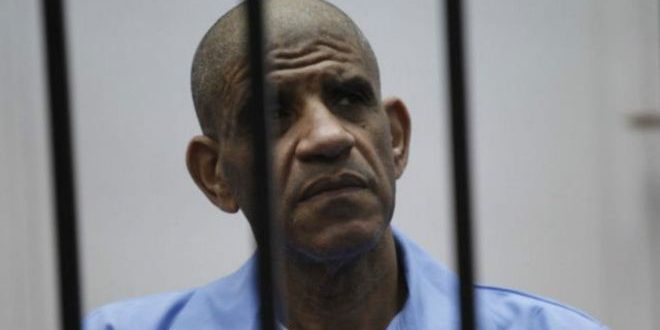 Relatives and supporters of Libya‘s Gaddafi-era intelligence chief, jailed for his alleged role in a bloody crackdown during the country’s 2011 uprising, protested in Tripoli on Saturday to demand his release.

Abdullah al-Senussi, a brother-in-law of longtime ruler Muammar Gaddafi, was sentenced to death in 2015 over the part he allegedly played in the government’s response to a NATO-backed uprising in 2011 that toppled and killed Gaddafi.

Several dozen relatives and members of al-Senussi’s tribe, the Magerha, gathered in a central Tripoli square to demand he be freed over health concerns.

Officials have not released specific details on his alleged health problems.

In a statement, the Magerha said his liberation would “contribute to and consolidate national reconciliation” in a country torn apart by intercommunal conflicts since Gaddafi’s fall.

The unusual protest comes just over a month after the release on health grounds of Abuzeid Dorda, Gaddafi’s head of foreign intelligence who was sentenced at the same time as al-Senussi.

The protesters held up photos of al-Senussi behind bars and placards reading “Freedom to prisoners. Yes to national reconciliation”.

Al-Senussi was extradited in September 2012 by Mauritania, where he had fled after Gaddafi’s fall.

Like Gaddafi’s son, he had also been the subject of an International Criminal Court arrest warrant for suspected war crimes during the 2011 uprising.

But in an unusual move, in 2013, the court gave Libyan authorities the green light to put him on trial.

He has since been imprisoned in the capital, along with some 40 other senior Gaddafi-era officials, including Gaddafi’s last Prime Minister Baghdadi al-Mahmoudi.

Saif al-Islam was captured and imprisoned by an armed group in the northwestern city of Zintan and sentenced by a Tripoli court in absentia.

The group announced his release in 2017 but it was never confirmed and his fate remains unknown.