Home / Normal / Salvini: Libyan coastguards can be trusted with all rescue operations 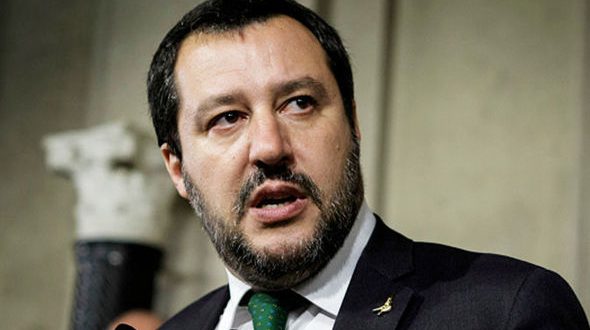 Salvini: Libyan coastguards can be trusted with all rescue operations

The Italian government has confirmed the ”full legitimacy of Libyan rescue operations” in the Mediterranean Sea in light of the opinion expressed by the European Commission that ”Libya can and must rescue immigrants at sea” and can therefore be considered a safe port.

Italian Interior Minister Matteo Salvini has stressed the ”full legitimacy of Libyan rescue operations” as part of the directive on the surveillance of maritime borders and the fight against illegal immigration which was issued last week. Salvini said that the presence of the International Organization for Migration guarantees the respect of immigrants’ rights and at the same time faster rescue operations.

The ministry said the confirmation was made ”in light of the opinion of the European Commission, according to which Libya can and must rescue immigrants at sea and must therefore be considered a reliable country.”
The interior ministry said that Libya ”must be considered a reliable country where immigrants taken to the mainland by coast guards are safeguarded by the presence of IOM personnel.” The European Commission, the ministry noted, has also recalled that Libya has ratified the 1979 Hamburg Convention and therefore can be fully considered as part of the SAR  plan managed by the International Maritime Organization.
The ministry also said that the Commission has cited the successful operations carried out by the Libyan coast guard, which in 2018 rescued 15,358 people, taking them back to Libya, according to IOM data. Most of those rescued were taken to the ports of Tripoli (62 percent), Homs (19 percent) and al-Zawiya (11 percent), where IOM personnel is present.
The directive issued by the ministry last week said that those rescuing ”irregular migrants” in waters that are outside of Italy’s responsibility without Rome’s coordination of rescue efforts, subsequently entering Italian territorial waters, harm the ”good order and security of the Italian State.”
The directive was addressed to heads of police, Carabinieri, finance police, port authorities, the Navy and chiefs of defense, urging them to ”scrupulously” follow the measure to prevent ”the illegal entry of immigrants on national territory, also to preserve the Italian State’s public order and security.”
International Relations and CooperationSecurity ForcesTrafficking and Migration
All
2019-04-02
asaeid
Previous Libyan Navy warns NGOs’ vessels not to sail in territorial waters
Next IOM repatriates 180 Nigerian migrants from Libya