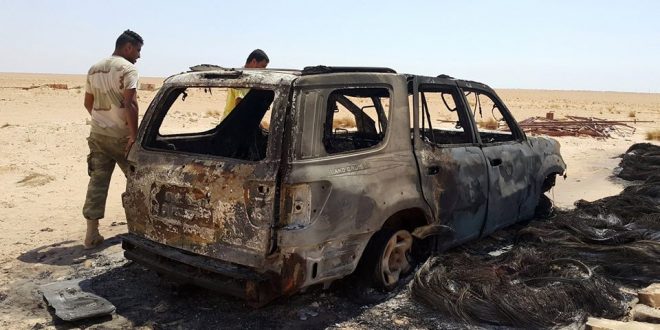 A local source from Kufra city confirmed the killing of four people in a car that was deliberately shelled by unidentified aircraft.

Passengers of the car were on a hunting trip in the outskirts of the city, according to the source, confirming that the strike took place about 150 kilometres east of Kufra.

On another level, spokesperson of warlord Khalifa Haftar’s self-styled army, Ahmed Al-Mismari denied that the bombing was coordinated with their forces, describing the four victims as “terrorists”.