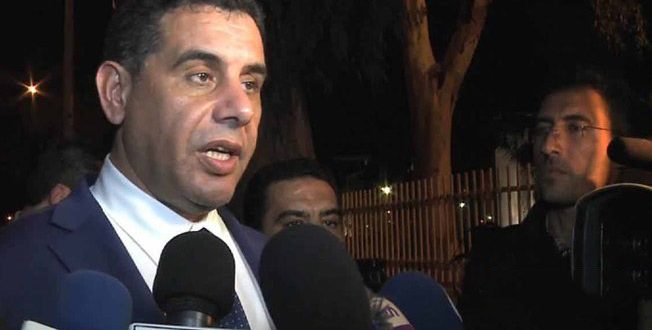 Commenting on his resignation, the vice president of the Libyan Government of National Accord (GNA) Presidential Council, Ali Faraj Qatrani, stressed that GNA head Fayez Sarraj would make Libya split and suffer even more.

The vice president of the Libyan Government of National Accord (GNA) Presidential Council, Ali Faraj Qatrani, announced his resignation after a rift with GNA head Fayez Sarraj, Al-Arabiya reported on Monday.

According to Al-Arabiya TV channel, Qatrani decided to resign being dissatisfied with Prime Minister Fayez Sarraj making decisions on his own. Qatrani also stressed that the prime minister would make Libya split and suffer even more

In addition, Qatrani expressed support for military operations going on in Tripoli that are conducted by the Libyan National Army (LNA) under the leadership of Field Marshal Khalifa Haftar, 218 TV channel reported.

The Presidential Council of Libya carries out the functions of supreme executive authority in the country and is based in Tripoli, presiding over the Government of National Accord. Sarraj is currently the head of both structures.

Libya has been suffering from unrest since 2011. The county is split in two between the eastern Libyan parliament based in Tobruk and the Government of National Accord in Tripoli. Haftar, who is backed by the parliament in the east, ordered his troops on April 4 to wrestle the capital from what he called terrorist forces. In response, armed forces loyal to the Government of National Accord started a military operation on April 7 against the LNA.