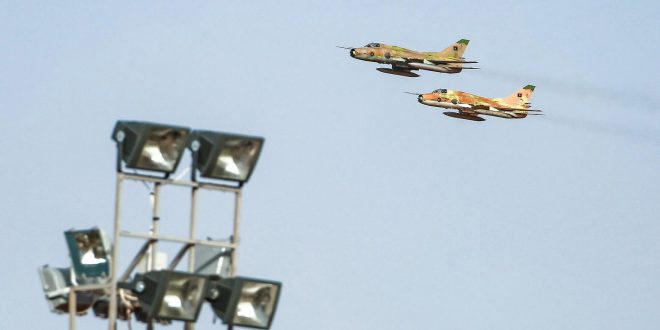 On Wednesday, the GNA and Haftar’s forces were exchanging tit-for-tat airstrikes on each other’s positions near the Libyan capital of Tripoli.

The Libyan National Army (LNA), headed by Field Marshal Khalifa Haftar, has shot down a military aircraft en route from the city of Misrata, an official representative of the military announced.

“The reports have just emerged that the Libyan National Army shot down a military aircraft that departed from Misrata,” LNA spokesman Ahmed al-Mismari said during a news conference in Benghazi on Wednesday.

It remains unclear whether the jet belonged to the Government of National Accord (GNA) or a foreign force.

This comes after earlier in the day a Libyan National Army (LNA) source told Sputnik that the Government of National Accord (GNA) aviation was targeting Field Marshal Khalifa Haftar’s LNA positions located not far from Libya’s capital, Tripoli.The situation in Libya, which has been divided between two rival governments, with an elected parliament governing the country’s east and the UN- and EU-backed GNA ruling the west from Tripoli, further escalated in the beginning of April, when the LNA, backed by the eastern government, announced on Thursday an offensive against Tripoli in a bid to oust, what Haftar called terrorist forces, from the city. In response, armed forces loyal to the GNA started a military operation against the LNA on Sunday.