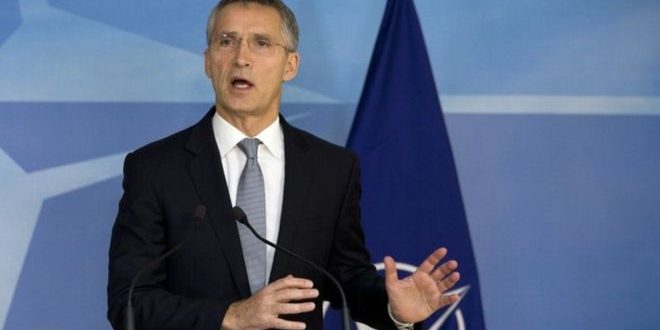 NATO chief calls on all sides in Libya to end fighting

NATO is “deeply concerned” by the raging violence in Libya, its chief said on Wednesday, Anadolu reports.

In a statement, NATO Secretary General Jens Stoltenberg called on all sides to exercise restraint, cease fighting and support UN efforts to broker a truce.

“We are deeply concerned by the situation in Libya. We call on all parties to end the fighting, as called for by the United Nations,” Stoltenberg said.

Last Thursday, Commander Khalifa Haftar, who is affiliated with a rival government based in the country’s east, launched military operations with the stated aim of capturing Tripoli.

“The current military operation and advance on Tripoli are increasing the suffering of the Libyan people and putting civilian lives at risk,” the NATO boss said.

He added that Libya’s UN-backed “national dialogue” conference has been postponed and will be re-scheduled once the tension is over.

Libya has remained beset by turmoil since 2011, when a bloody NATO-backed uprising led to the ouster and death of President Muammar Gaddafi after four decades in power.

Since then, the country’s stark political divisions have yielded two rival seats of power: one in eastern Libya, with which Haftar is associated, and another in Tripoli, which enjoys UN support.