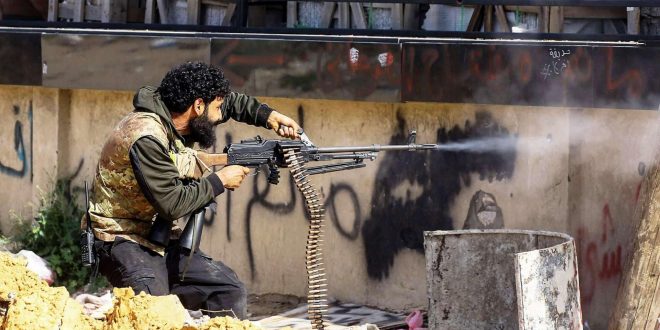 The Arab League envoy to Libya Salah Eddine Jamali has condemned foreign nations’ interference in Libya, which he says are escalating violence in the divided country.

“There have been daily international interferences in Libya,” he said. “These countries are encouraging the war, not halting the conflict and laying down arms.”

Accusing Libyan politicians of inviting in foreign governments, Al-Jamali called on rivals to “lay down arms and return to the negotiating table”, arguing “violence does not solve problems”.

“The Arab League rejects violence and taking up arms instead of dialogue,” he said. “The league seeks to maintain Libya’s unity and territorial integrity and seeks to bridge the gap in viewpoints.”

The statement comes as renewed military confrontations in Libya approach its second week, after General Khalifa Haftar launched the “Flood of Dignity” campaign on regions in the west of the country, including the capital Tripoli. The move was widely condemned by the international community, who warned that it could plunge the country into active civil war once again.

At least 121 people have been killed and more than 560 have been injured in the violence; the United Nations Office for the Coordination of Humanitarian Affairs (OCHA) reported that 13,500 people have been displaced so far, with only 900 being sent to shelters.

Hundreds are also believed to have been kidnapped, with head of the Presidential Council Fayez Al-Sarraj calling on Haftar to release all child prisoners under the age of 18 and return them to their families.

Having suffered significant losses in his attempt to march on Tripoli, Haftar visited stalwart supporter, Egyptian President Abdel Fattah Al-Sisi in Cairo yesterday. The president’s spokesman Bassam Radi said that Al-Sisi and Haftar had discussed developments in Libya, but did not elaborate further.

Haftar is also backed by the UAE, Saudi Arabia and Israel, with France and Russia frequently accused of also quietly supporting the controversial Libyan general.

However when asked about backers of the eastern-based Benghazi government, Al-Jamali said “these accusations must be proved first”.

“The classification of countries and levelling accusations don’t serve the Libyan issue,” he said, going on to heap the blame on Libyan politicians for escalating the conflict.

Last week, the UN postponed the country’s National Conference slated to begin yesterday, citing the heavy fighting on numerous fronts. The two-day summit was set to be attended by some 140 delegates from numerous Libyan factions and was the result of a year’s worth of planning. The decision to postpone is a blow to the internationally recognised Government of National Accord (GNA), which had hoped it might open a path to presidential and parliamentary elections by the end of this year.

However Al-Jamali stressed that there would be other opportunities for reconciliation.

“This conference was not the last chance. I believe that the armed conflict would push the parties to negotiations,” he said. “We hope that the current conflict will come to a halt since it will not help reach a solution.” 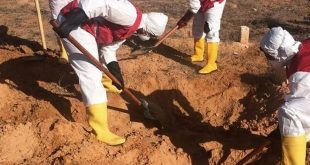