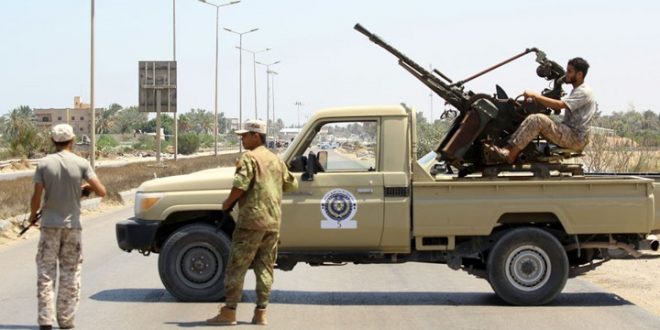 The head of the counterterrorism service at the Interior Ministry of the Libyan Tobruk-based government, backed by the Libyan National Army (LNA), has been injured in a car bomb blast in Benghazi, a source in the ministry told Sputnik.

“A bomb-laden car has exploded in Sidi Khalifa near the eastern entrance to Benghazi. [The explosion] was targeting the head of the counterterrorism service at the Interior Ministry,” the source said.

According to the source, the injured official has been transported to a hospital, and his condition is stable.

The blast occurred amid the recently renewed clashes between the UN-backed Government of National Accord (GNA) forces and the LNA. On Sunday, the World Health Organisation (WHO) stated that the death toll in the aftermath of new clashes in Libya Maghreb country between the LNA, led by Field Marshal Khalifa Haftar, and the GNA, increased to 147.

On the same day, a Libyan National Army spokesman accused the GNA forces of targeting residential areas in Tripoli with warplanes. Four people were killed in the airstrikes, according to reports.The confrontation between the two governments started to escalate on 4 April, with the launch of Haftar’s forces unexpected offensive on Tripoli.