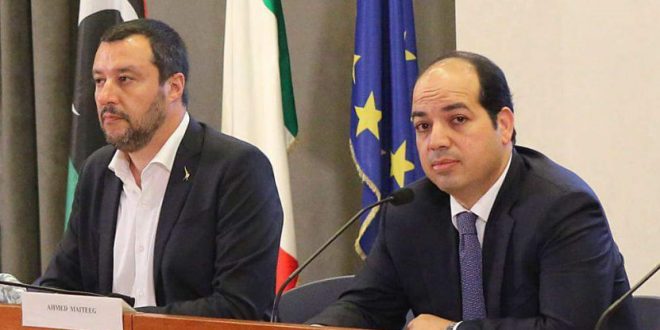 Italian Deputy Prime Minister and Interior Minister, Matteo Salvini said that Haftar’s attack on Tripoli is a military coup against the legitimacy and an invasion of the capital Tripoli.

During his meeting with Vice President of the Presidential Council (PC), Ahmed Maiteeq, Salvini called on the European Union to harmonize their position against military coups and stand with the civil state and democracy, stressing that the PC is a strategic partner of the Italian government and has the ability to combat terrorism and dry up its sources in Libya.

For his part, Maiteeq emphasized that the forces of the Government of National Accord (GNA) are able to defeat the aggression on Tripoli, saying that Haftar’s coup will not succeed.