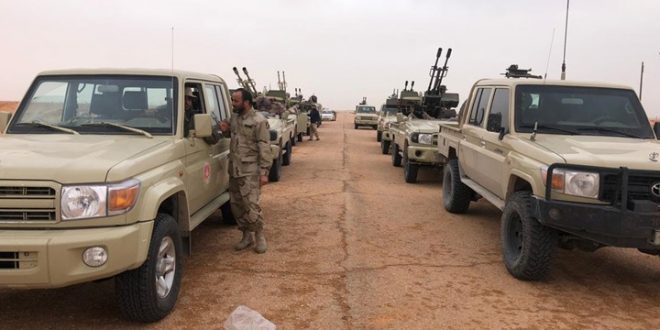 On Thursday, the World Health Organisation (WHO) stated that as many as 205 people have been killed and 913 more injured since the beginning of Field Marshal Khalifa Haftar’s Libyan National Army (LNA) offensive on Tripoli.

Field Marshal Khalifa Haftar’s army regained control over the Tamanhint Base on Thursday following the withdrawal of the South Protection Force loyal to the Government of National Accord (GNA), The Libya Observer reported.

​This comes after earlier in the day Reuters reported, citing a source in the military that an armed group attacked on Thursday a key air base in Southern Libya under the control of Khalifa Haftar. The attack was followed by clashes at the Tamanhint Base located in the vicinity of Sabha, a strategically important city in southern Libya, according to the source.

No additional details are immediately available.

Earlier in the day, the World Health Organisation (WHO) revealed that, according to its data, since the launch of Khalifa Haftar’s Libyan National Army (LNA) offensive on Tripoli, which is controlled by the UN-backed Government of National Accord (GNA), as many as 205 people have been killed and 913 more injured.Prior to that, the United Nations Security Council (UNSC) urged all parties in a draft document to “immediately de-escalate the situation, commit to a ceasefire and engage with the United Nations to ensure a full and comprehensive cessation of hostilities throughout Libya.”

The new wave of clashes in Libya commenced on 4 April, when Haftar ordered his troops to advance on the Libyan capital to free it from what he called terrorists. As a result, the LNA gained control over the cities of Surman and Garyan located near Tripoli. After the move, the GNA announced a counteroffensive on 7 April, dubbed Volcano of Rage, to confront the LNA.