Home / Normal / WHO: Death toll from Tripoli fighting rises to 254 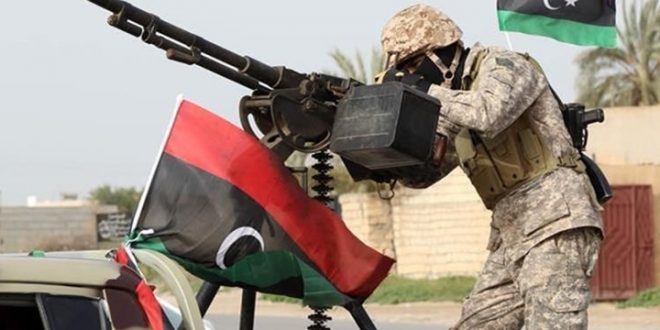 WHO: Death toll from Tripoli fighting rises to 254

The death toll from ongoing fighting between Libyan rivals in the capital Tripoli has risen to 254 and hundreds others injured, according to the World Health Organization (WHO) on Monday, Anadolu reports.

“The death toll of the clashes in Tripoli has hit 254, and 1,228 people have been injured,” the WHO said on Twitter.

“Specialized emergency medical teams in frontline hospitals handled 89 major and 63 surgeries. Our teams are bringing in additional help for these hospitals,” it added.

Since early April, Khalifa Haftar, commander of forces loyal to a rival government in eastern Libya, has been launching a campaign to capture Tripoli, where a UN-recognized Government of National Accord (GNA) is headquartered.

Although Haftar has so far failed to wrest the capital from pro-GNA forces, sporadic fighting on the city’s outskirts has left casualties on both sides.

Libya has remained beset by turmoil since long-serving leader Muammar Gaddafi was ousted and killed in a bloody NATO-backed uprising in 2011.

Since then, the country has seen the emergence of two rival seats of power: one in eastern Libya, to which Haftar is affiliated, and another in Tripoli, which enjoys UN recognition