Home / Normal / Trump Wades into Libyan Crisis, And Why That’s Not Good News 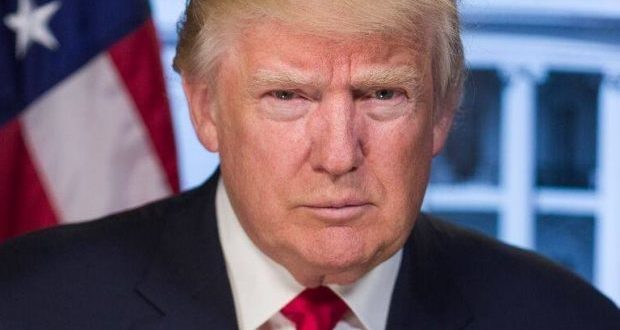 Trump Wades into Libyan Crisis, And Why That’s Not Good News

US President Donald J. Trump’s apparent support for Khalifa Haftar, the leader of the self-styled Libyan National Army, has muddied the waters in a dangerous part of the world. But does it signal a shift in the US position?

Karim Mezran, a senior fellow with the Atlantic Council’s Rafik Hariri Center for the Middle East, said: “The United States, so far, along with Italy and Britain, has had a very straightforward position: there is no military solution possible in Libya, only a UN-backed negotiations process.”

US Secretary of State Michael Pompeo reiterated this position as Haftar ordered his troops to take Tripoli. In a statement on April 7, Pompeo said the United States was deeply concerned about the fighting near Tripoli. “We have made clear that we oppose the military offensive by Khalifa Haftar’s forces and urge the immediate halt to these military operations against the Libyan capital. Forces should return to status quo ante positions,” Pompeo said.

Trump undercut that position a few days later when he spoke on the phone with Haftar. In that phone call, Trump praised Haftar’s role in fighting terrorism and protecting Libya’s oil resources.

Trump “recognized Field Marshal Haftar’s significant role in fighting terrorism and securing Libya’s oil resources, and the two discussed a shared vision for Libya’s transition to a stable, democratic political system,” the White House said in its official readout of the April 15 call, which was shared with reporters four days later.

Mezran contends Trump did not appreciate the delicate situation in Libya when he got on the phone with Haftar. “I think it was more an impulsive action that, I am sure, he himself will address in the next few days,” he said.

Haftar served in the Libyan army under Moammar Gadhafi, Libya’s longtime ruler who was ousted and killed in an uprising in 2011. In the late 1980s, Haftar was captured by Chadian troops during Libya’s war with Chad. While in Chad, he turned against Gadhafi and led a Central Intelligence Agency (CIA)-backed effort to oust Gadhafi. When the plot failed, Haftar went to Virginia, where he lived for two decades becoming a naturalized US citizen. He returned to Libya during the Arab Spring uprisings in 2011. The United States has in recent years sought to keep its distance from Haftar.

Based in the eastern city of Benghazi, Haftar’s forces control much of the eastern and southern parts of Libya. Over the past few weeks, they have steadily gained ground as they have marched toward Tripoli, but that initial advance has been thwarted by militias from Tripoli, Misrata, and Zintan. Haftar’s offensive has led these militias to join forces in support of the internationally recognized government of Prime Minister Fayez al-Serraj.

Over the weekend, airstrikes were reported in Tripoli. “The drones and airplanes bombing Tripoli in the last few days are clearly foreign-driven and foreign-supplied,” said Mezran. Haftar’s international supporters include France, the United Arab Emirates, Egypt, Russia, and, more recently, Saudi Arabia.

Karim Mezran discussed the situation in Libya with the New Atlanticist’s Ashish Kumar Sen. Here are excerpts from our interview.

Q: What prompted Haftar to march on Tripoli?

Mezran: When [UN Special Representative Ghassan] Salame announced that a national conference on Libya would take place in Ghadames on April 14 and 15 no matter what, Haftar understood that his time was being cut short.

Haftar has never got into the negotiations process because he always believed that he could achieve a military result. But he also realized that officially, at the conference, he would have been given what he has always apparently asked for: command of the army, albeit within a national council where he would be primus inter pares (first among equals). So it became extremely important for him to move fast, occupy Tripoli, seize power, and make the conference moot.

Haftar definitely overestimated his strength and underestimated his adversary. His sudden move surprised everybody, including United Nations Secretary General António Guterres who was visiting Tripoli at the time.

Q: You were recently in Tripoli. What is the situation in Libya?

Mezran: After an initial advance toward Tripoli, the Libyan National Army (LNA) troops [commanded by Haftar] have been stalled by the Tripoli militias who are backed by militias from Misrata and Zintan.

It seems that the LNA is in difficulty and is retreating. The unfortunate part is that the international backers of Haftar are now escalating their support for him. The drones and airplanes bombing Tripoli in the last few days are clearly foreign-driven and foreign-supplied.

Tripoli has been subjected to a barbarous and criminal attack against civilians, but this has resulted in uniting not only the militias fighting on the ground but also the population. Tripoli is now united against the aggressor, Haftar, and his ragtag army. The large demonstrations in Tripoli over the past few days are proof of the hostility toward Haftar.

Q: Who are these international backers of Haftar?

Mezran: France, the United Arab Emirates, Egypt, Russia, and the latest supporter—Saudi Arabia. They are providing money and military equipment to Haftar. There are also rumors of French and Russian soldiers in the city of Gharyan, where the LNA has set up a base after conquering the city on its march to Tripoli.

French President Emmanuel Macron has, however, denied any support for Haftar. The Russians are providing support through the Wagner Group, private military contractors.

Q: What are the implications of US President Donald J. Trump’s apparent support for Haftar?

Mezran: It is a paradoxical situation. We already have the UN-supported government in Tripoli being attacked by two countries that are permanent members of the United Nations Security Council—Russia and France. But both openly support the Serraj government thus clearly playing a double game.

The United States, so far, along with Italy and Britain, has had a very straightforward position: there is no military solution possible in Libya, only a UN-backed negotiation process.

US Secretary of State Michael Pompeo reiterated this position in the first days of Haftar’s attack on Tripoli. Pompeo exceptionally pointed the finger at Haftar as the aggressor and demanded that he withdraw his troops.

Apparently this position has been undermined by the phone call between Trump and Haftar on April 15 where it is reported by sources that Trump endorsed the general. I don’t believe this. I think that somebody in Trump’s administration tricked him into holding this phone call. The president did not appreciate the delicacy or the fragility of the situation. I think it was more an impulsive action that, I am sure, he himself will address in the next few days.

Q: Has there been any weakening in international support for Serraj in light of Trump’s comments?

Mezran: Not directly, but more countries are falling behind Haftar and his attack that was supposed to stabilize the country than supporting the legitimate government created and recognized by the United Nations.

Q: What are France and Italy’s positions on this crisis?

Mezran: Italy is maintaining its position of support for a negotiated solution and stands behind Serraj’s government.

France, on the other hand, has a much more ambiguous policy since it on one hand supports the UN-led process and Serraj’s government with statements and declarations, but on the ground is offering direct support to Haftar’s troops.

Q: What explains this duality in France’s approach?