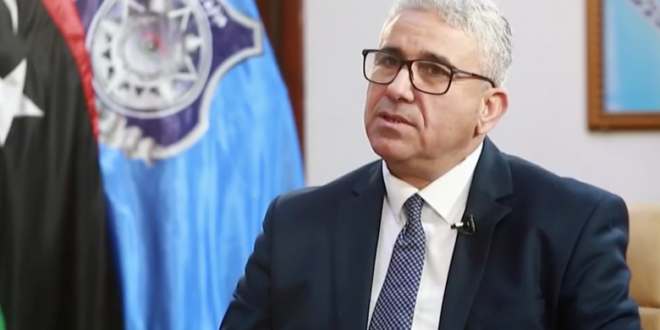 The Interior Minister of the Libyan Presidential Council’s government Fathi Bashagha has asked his counterpart in Cyprus not to issue passports for four sons of Khalifa Haftar, after news said they were applying for them currently.

The call came in an official letter sent by Bashagha and posted by the media office on Facebook on Tuesday.

“Our investigations and intelligence say Khalid, Saddam, Al-Seddiq and Belqasim Haftar have all applied for passports in Cyprus, thus we call on you to halt this process as those persons are involved in different lawsuits in Libya, including robbing Central Bank of Libya in Benghazi among other crimes.” Bashagha’s letter reads.

The letter says that the Interior Ministry is going to send the Libyan Public Prosecutor’s Office orders of arrest by the Interpol for Haftar’s sons.

It added that though it knows of international protocols for such matters, it has chosen to write an urgent call to the authorities in Cyprus so they halt the process until Libya issues arrest warrants of Haftar’s sons, promising to send the warrants to the Interpol in Cyprus.