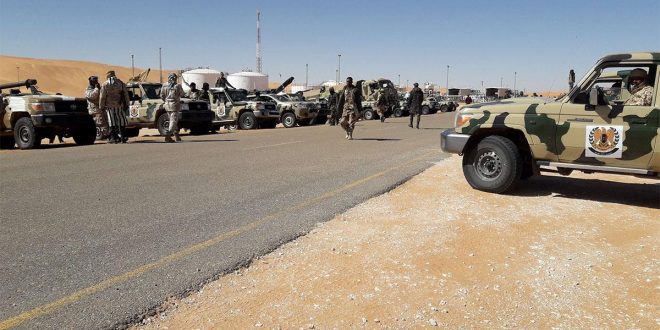 The Libyan National Army (LNA) led by Khalifa Haftar is planning to take Tripoli in two or three weeks, believes that the operation will not take long, Khairi Tamimi, the head of the LNA General Commander’s Office, told Sputnik on Wednesday.

“Two, three weeks but it won’t take long. We are working on it, that this operation doesn’t take long. If [it] takes time, it won’t be a long time,” Tamimi said, when asked how long it would take the LNA to gain control of Tripoli.

The government in eastern Libya is eager to broaden defence cooperation with Russia once international embargo is lifted, Khairi Tamimi added.

“In reality after we finish this work [liberation of Tripoli] I hope we will have large military cooperation. Now Russia can not provide us with anything because of the arms embargo. After the embargo is lifted we are aiming at broadening this cooperation. Now we cooperate in the sphere of intelligence and in fight against terrorism,” he said.

Khalifa Haftar ordered an offensive to take control of Tripoli from GNA forces in early April, prompting a mobilisation of forces loyal to the GNA.

In response, armed forces loyal to the Tripoli-based Government of National Accord (GNA) started a military operation against the LNA.

Since the overthrow and killing of Libya’s long-time leader Muammar Gaddafi in 2011 Libya is currently divided into two parts — the internationally recognised GNA headed by Fayez Sarraj in Tripoli and a parallel administration allied to Haftar in the east of the country.