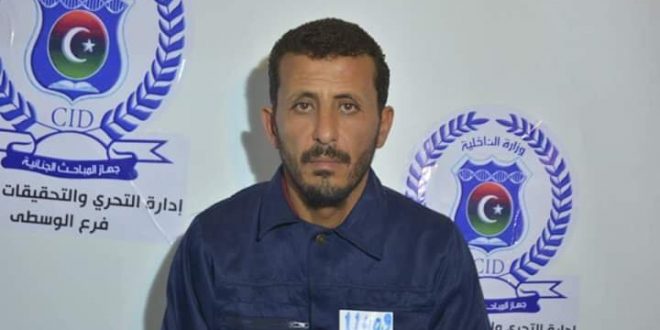 The Libyan Interior Ministry of the Presidential Council’s government said Thursday its central investigation apparatus had arrested an ISIS senior leader by the name Yaser Saleh Al-Majiri, A.K.A. Abu Dujana.

The ministry said in a statement that the arrest came after the minister’s emergency state announcement which allowed the formation of new security policies in Misrata city, and then investigations into ISIS sleeper cells in west Libya, knowing that the terrorists became active since the launching of Khalifa Haftar’s offensive on Tripoli.

The statement added that the arrested militant joined ISIS in 2014 and pledged allegiance to Tripoli Emir Abu Amer Al-Jazrawi. He then took up many positions with ISIS like office secretary of education, Emir of economy office, and Emir of Hisba office.

“We won’t spare efforts in the fight against terrorism and extremist organizations and we will keep working on prevailing stability and security in Libya and the region.” The Interior Ministry explained.

On April 15, the ministry said it had arrested ISIS militant Mohammed Al-Hanid in Tajoura as he was trying to obtain explosive material, while on April 13, one of the ministry’s apparatuses apprehended ISIS terrorist Anas Al-Zouki (Abu Abdullah Al-Dernawi).