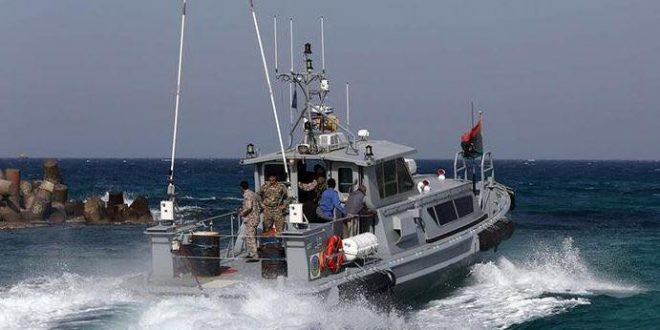 Eight international NGOs including Amnesty International and Doctors Without Borders demanded on Thursday that France suspend the delivery of boats to Libya’s coastguard on concerns they would be used to intercept migrants.

French Armed Forces Minister Francoise Parly had in February agreed to donate six boats to the Libyan navy, under which the coastguard operates, in a move she said was aimed at helping them “in the fight against illegal immigration”.

But the offer angered rights groups who said they would be used to block migrant boats seeking to reach Europe, forcing those on board to return to war-torn Libya.

The demand was laid out in a legal challenge that was filed at the administrative court in Paris on Thursday morning.

In it, the groups demand “the suspension of the decision” until the court decides whether or not the donation is legal.

The court has 48 hours to make a decision.

The NGOs believe forcing people to return to Libya would expose them to “serious human rights violations”.

Massimo Moratti, regional director for research at Amnesty International, said the pledge to deliver boats to the Libyan coastguard was “an unlawful and reckless decision”.

He said it was all the more dangerous at a time when fighting has intensified after military strongman Khalifa Haftar launched an offensive on the capital Tripoli earlier this month.

“Doing it now, as the armed conflict in Libya escalates, is even more callous and irresponsible,” Moratti said in a statement, warning the donation would make France “complicit” in trapping people inside the country.

The NGOs accused the coastguard of having a bad track record in respecting those in distress at sea, saying it should not be given the logistical means to step up such abuses.

The statement accused the coastguard of abuses including pushing those in distress back into the water, threatening them with weapons and firing towards them.

The six vessels, which are to be delivered in the coming weeks, are 12-metre, semi-rigid boats made by French specialist Sillinger.