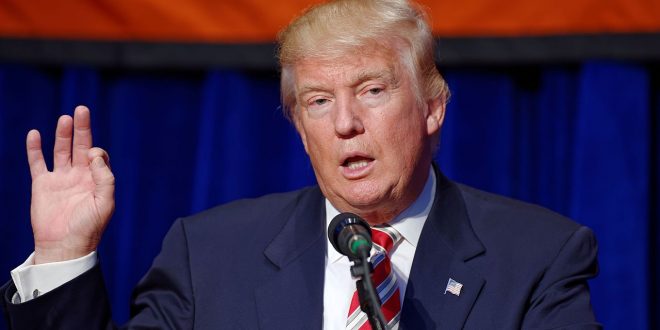 Earlier in April, Secretary of State Mike Pompeo underscored that the US is “deeply concerned” about the situation in Libya and that it urges the Libyan National Army loyal to Field Marshal Khalifa Haftar to stop its offensive on Tripoli.

“The characterizations of conversations between the WH & Field Marshal Haftar are inaccurate. We encouraged Bloomberg not to run it with bad information”, Garrett Marquis, National Security Council spokesman and Special Assistant to the US president, wrote on his Twitter page.

The statement followed Bloomberg citing unnamed US sources on Wednesday as saying that in a 15 April phone call with Khaftar, Trump said that Washington supports an assault on the Libyan capital Tripoli to depose the United Nations-backed Government of National Accord (GNA).

“An earlier call from White House National Security Adviser John Bolton also left Haftar with the impression of a US green light for an offensive on Tripoli by his forces, known as the Libyan National Army”, the sources claimed.

Bloomberg noted in this vein that Washington’s encouragement for Haftar represents “a dramatic turn from the public position taken days earlier by Secretary of State Michael Pompeo” who said the US requires the Libyan National Army (LNA) loyal to Haftar to stop its offensive on Tripoli.

“We have made clear that we oppose the military offensive by Khalifa Haftar’s forces and urge the immediate halt to these military operations against the Libyan capital”, Pompeo underscored in a statement on 7 April.

Local media outlets, meanwhile, have cited LNA spokesman Ahmed Mismari as saying that Haftar had announced the start of the second stage of the offensive on Tripoli after the completion of the first phase.

The development comes amid a political standoff in Libya that began to escalate on 4 April, when Haftar ordered his troops to advance on Tripoli in a bid to drive out what he described as terrorist forces from the city.

In response, armed forces loyal to the Tripoli-based GNA started a military operation against the LNA.

Libya descended into chaos in 2011, when long-time leader Muammar Gaddafi was overthrown and killed by rebels backed by NATO.

The turmoil prompted competing militias, criminal gangs, and terrorist groups to establish control over wide swathes of the country. The largest militias formed two separate governments, the eastern Tobruk-based government, supported by Haftar and the LNA, and the western UN-backed GNA, based in Tripoli.