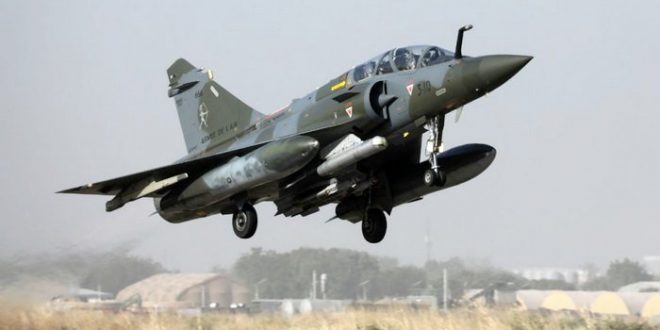 On 4 April, General Khalifa Haftar, whose forces control Eastern Libya, announced the first phase of an offensive intended to gain control of forces loyal to Tripoli, prompting the mobilisation of the defense. In response, armed forces loyal to the Tripoli-based Government of National Accord (GNA) launched a military op against the LNA.

According to the Tripoli-based Libyan government, cited by Libya Observer, the country’s Presidential Council has evidence that foreign aircraft were involved in a drone attack on Tripoli that took place on Saturday evening, noting that an investigation is underway in coordination with the United Nations.

Addressing a news conference in Tunis with his counterpart, Libyan Interior Minister Fathi Bashagha noted that the accuracy of the airstrikes on Tripoli points to the warplanes being part of an arsenal belonging to only two Arab countries, allegedly referring to either the United Arab Emirates or Saudi Arabia. Separately, Bashagha called out France for backing General Khalifa Haftar, urging the European country to stand with the democratic values it claims to prioritize.

“The war in Tripoli now was not started by our government but we found ourselves in a position where we must defend democracy and civil state”, Bashagha added.

He said that the forces of “warlord Khalifa Haftar” have revived the terrorist groups, adding that “no party can brag about fighting terrorism to us, we know all about it and we did it numerous times”.

“Haftar is from the school of Gaddafi regime and has the same mentality. He is the only one who doesn’t want to end Libya’s crises”, he added.

The official made derogatory remarks over the silence of the international community on the Tripoli airstrikes, specifying that there would not be dialogue with Haftar, but with the eastern population, forecasting a new roadmap for a resolution of the crisis in the country.

Libyan National Army spokesman Ahmed Mismari is reported to have claimed that Haftar had announced the start of the second stage of the offensive on Tripoli after the completion of the first,  launched 4 April in a bid to drive out of the city what the former referred to as terrorist forces. In response, armed forces loyal to the Tripoli-based GNA kicked off a military op to counter the LNAefforts.

The longstanding civil conflict in the country has led to the absence of a central government, with the country’s eastern and western parts governed by two separate groups. The Tobruk-based parliament, elected in 2014 and backed by the Libyan National Army, exerts control over the east of Libya, while the Government of National Accord, established in 2015, controls parts that lie west of Tripoli.