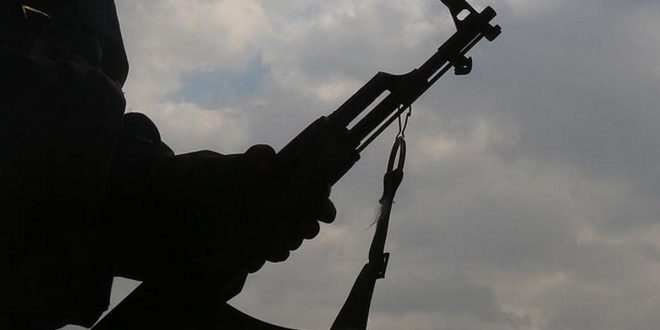 Scores of vulnerable refugees and migrants have reportedly been freed from detention centres only to be forced to fight for militias linked to the UN-recognised Libyan government on the frontlines of its offensive against renegade General Khalifa Haftar.

Haftar launched an offensive on April 4 to seize the Libyan capital Tripoli from the Government of National Accord (GNA). Forces loyal to the government and fighters under Haftar’s command have been engaged in battle for three weeks.

The Sunday Telegraph spoke to a dozen refugees and migrants in five different detention centres across Tripoli who told reporters that militias linked to the GNA had released them and others from detention and taken them to the frontlines.

Most of the interviewees did not know each other, but their stories corresponded.

“The time the war broke out, it was very many detention centres where they forced people to go out and fight,” one refugee said, speaking under the pseudonym Alec.

An interviewee at Sabaa detention centre, located next to a military base, said fighters came every few days to select soldiers from among the detainees.

While some were forced to move ammunition and load weapons, others were given weapons and told to fight.

“They gave us four weapons – AK47s. We even fought with them… Almighty God opened a way, so I escaped,” Alec described.

Children are among the migrants who have been forcibly conscripted to fight against Haftar’s forces, sources in three different detention centres told The Sunday Telegraph.

The GNA, led by Fayez al-Sarraj, has denied the reports, according to Asharq Al-Awsat.

The EU has given tens of millions of euros to support the Libyan coastguard, who are tasked with intercepting boats full of migrants and refugees and returning them to land, where they are then detained.

There are approximately 6,000 refugees and migrants currently being held in detention centres in Libya.

More than 2,700 are in areas affected by clashes, according to the UN.

Although migrant detention centres are ostensibly run by the Libyan government, many are in reality run by militias.

While most joined the GNA-linked militants against their will, some migrants and refugees chose to join the army in order to survive.

The Libyan authorities had stopped providing food to detainees, and those who had run out of money decided to join forces with GNA-linked militants in order to get a meal a day.

In one detention centre, detainees said those who refused to join had been brutally beaten with metal pipes and sticks.

Detainees in Qasr bin Ghashir detention centre said that, during previous clashes, dozens of refugees from Darfur, Sudan, had been forced to join a militia linked to Haftar.

It was in this same detention centre that migrants and refugees were shot at indiscriminately by Haftar’s forces last week.

At least ten people were seriously wounded, according to detainees.

At least 278 people have been killed so far in the battle over Tripoli, according to the World Health Organisation (WHO).

The GNA has accused Haftar’s forces of recruiting child soldiers, as well as killing and displacing civilians.

At least 35,000 people have been forced to flee their homes, according to the UN.