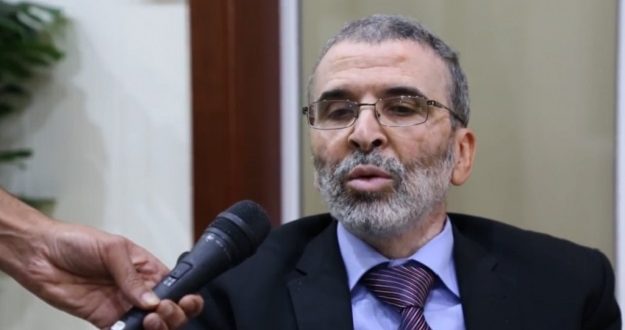 The Chairman of the National Oil Corporation (NOC) Mustafa Sanallah urged in an interview with Al-Hurra TV Channel for ending military operations in southern Tripoli and warned of ISIS militants’ infiltration into oil facilities due to the war or the militarization of the oil sector.

Sanallah warned that if the war would linger, then oil production could be affected or stopped, saying the only solution is to halt the military conflicts and that the oil sector must remain outside this war and neutral.

“There are warships in Ras Lanuf port and Sidra port is still closed. There have been two attempts to seize two tugboats at the port. All in all, the workers in Sidra convinced the military unit to back off from seizing the tugboats as it could lead to the shutdown of the port.” He explained.

He said the NOC is working with all institutions in eastern and western Libya all alone and is based in Tripoli as the only legitimate body to operate the oil sector in the country, adding that they are working with the Presidential Council’s government which is overseeing the work of the NOC since it is the legitimate government in Libya.

“France-Italy rift over oil privileges in Libya is untrue. The NOC is operating with Italian Eni and French Total.” Sanallah remarked.

He added that the NOC has a plan to reach 2.1 million bpd of oil production, but the war delayed the plan, adding that until now, the oil output has not dropped and is somewhere at 1.269 million bpd.

Natural Resources GovernanceSecurity Situation
All
2019-05-02
asaeid
Previous Al-Sirraj tells Salame: No ceasefire till Haftar’s forces are defeated or retreated
Next Libya GNA: Cooperation with US in fight against terrorism continuing