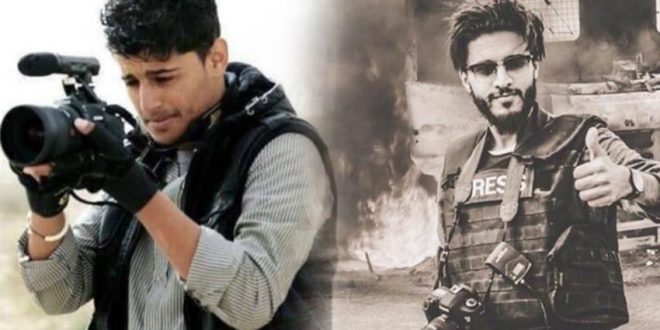 A Libyan television channel says two of its reporters were kidnapped by forces loyal to a military commander while covering fighting in the capital, Tripoli.

Haftar’s self-styled Libyan National Army has been locked in a month-long battle to take Tripoli against militias loosely allied with a UN-supported government. The fighting has killed at least 345 people, including 22 civilians, according to the United Nations.

Nasser al-Hawary, a Libyan human rights advocate, said this was the first kidnapping of journalists since fighting began April 4. He said both parties may begin targeting reporters to conceal the situation on the ground.

Haftar launched an assault on Tripoli at the start of April in an ongoing attempt to seize Libya‘s capital from the internationally recognised Government of National Accord (GNA).

The UAE, along with Egypt and France, support Haftar and his self-styled Libyan National Army, who they consider a bulwark against Islamist militants.

A UN official on Sunday warned the fierce fighting in the capital threatens to bring a further worsening of humanitarian conditions in the country, having displaced tens of thousands of people during the latest bout of conflict.

Haftar’s LNA launched an offensive against Tripoli, the seat of the GNA, on April 4.

Haftar made initial gains after launching the Tripoli offensive on April 4, but his forces have since encountered stiff resistance on the southern outskirts and his troops have been pushed back in some areas.

The fighting has killed at least 278 people and wounded more than 1,300, according to a toll released Wednesday by the World Health Organisation.

It has also forced 41,000 people to flee combat areas around Tripoli, do Valle Ribeiro said, while many remain trapped and in need of humanitarian assistance.

On April 18, Russia and the United States opposed a British bid backed by France and Germany at the UN Security Council to demand a ceasefire in the North African country.

The White House revealed the next day that Donald Trump had reached out personally to Haftar in a phone call, during which the US president “recognised Field Marshal Haftar’s significant role in fighting terrorism and securing Libya’s oil resources”.