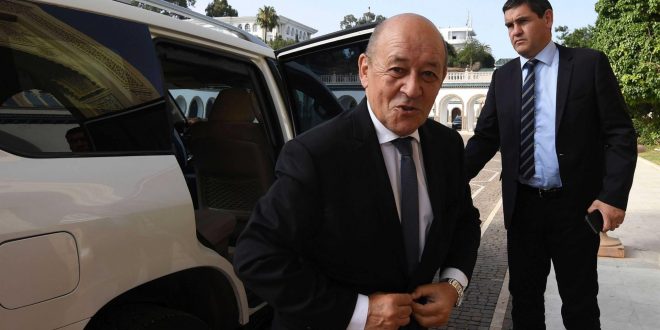 France is in Libya to fight terrorism, Le Drian claims

France’s interest was to fight terrorism, he said.

“This is our objective in the region,” Le Drian told Le Figaro newspaper.

The United Nations’ Libya envoy has suggested Paris and others were too close to Haftar, and Tripoli has accused France of playing both sides, Reuters reports.

Le Drian said he had no inkling that Haftar would launch the offensive on Tripoli despite visiting Benghazi and Tripoli a few days earlier. But he did not disavow Haftar and laid the blame on both sides.

Last month the European Union urged Haftar’s forces to halt their assault on Tripoli, but its statement was held up by disagreement between France and Italy.

The final version did not mention Haftar directly by name, shifted away from blaming his offensive exclusively for the escalation, and referred to the presence of Islamist militants among the anti-Haftar forces.

The UAE minister of State for Foreign Affairs, Anwar Gargash, tweeted that he shared Le Drian’s concerns over terrorism and the prospects of regional instability.

The UAE has armed Haftar for years and even built him an air base in eastern Libya, previous U.N. panel reports have said.