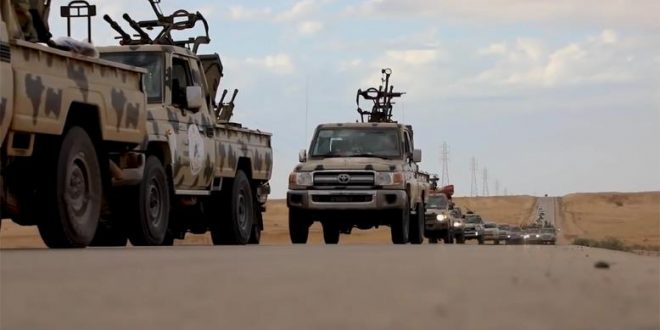 Libya: Uneasy calm in Tripoli on first day of Ramadan

The Libyan capital Tripoli is witnessing a state of cautious calm on the first day of Ramadan, following a UN call for a humanitarian truce during the holy month.

According to Anadolu Agency, the conflicting parties have not yet announced their position on the truce called by the UN mission on Sunday.

Since Monday morning, Tripoli has been witnessing a cautious calm, unlike the previous days that have been prevailed by the sounds of explosions and the aircraft.

The United Nations Support Mission in Libya (UNSMIL) called on Sunday for a weeklong humanitarian truce, starting from 4 a.m. on Monday, the first of Ramadan.

Since 4 April, Khalifa Haftar has launched an attack to take over the capital Tripoli, the headquarters of the internationally recognised Government of National Accord.

The UN mission urged in a statement all the fighting parties to start a weeklong humanitarian truce in respect of the spirit of Ramadan and abidance by human rights conventions.

The mission explained that the truce would be extendable, during which all parties must vow to stop the military operations including reconnaissance, bombing, sniping, and bringing new reinforcements to the battlefield.

The UNSMIL called on all parties, during the truce, to allow the delivery of humanitarian aids to those who need it as well as the freedom of movement for civilians.

The UN mission also called for the start of the exchange of prisoners and dead bodies and expressed its readiness to provide the necessary support.

The fighting in Tripoli, which has been continuous for the second month in a row, caused the death of 392 people and the displacement of more than 50,000 people, according to data released by the United Nations and the World Health Organization, on Friday.

Haftar’s attack on Tripoli has been a blow to UN efforts to resolve the conflict in the oil-rich country, as the organisation has been preparing to hold a dialogue conference between the Libyans.