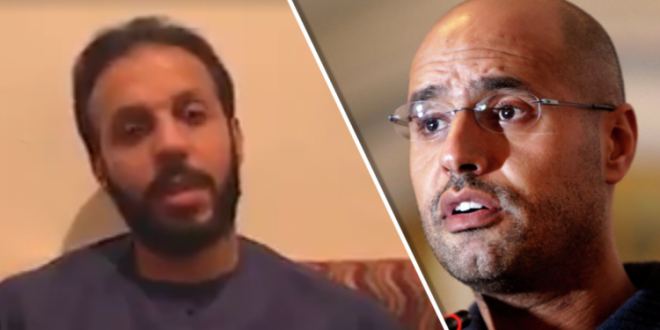 The commander of Mohammed Al-Zintani Brigade Ibrahim Al-Madani said Khalifa Haftar asked him to kill Saif Al-Islam Gaddafi, who was at the time imprisoned in Zintan, and offered him money and other privileges.

In a video posted on social media on Saturday, Al-Madani said the general command of Haftar’s forces asked him to kill Saif Gaddafi when he visited Al-Rajma to proposed a national reconciliation project that includes all Libyans, including Saif Gaddafi.

He added that Haftar even asked Al-Ajami Al-Ateri, commander of Abu Bakir Al-Seddiq, which was guarding Saif Gaddafi’s prison, to hand him Saif, but Al-Ateri rejected and thus Haftar ordered the arrest of Al-Ateri for disobedience.