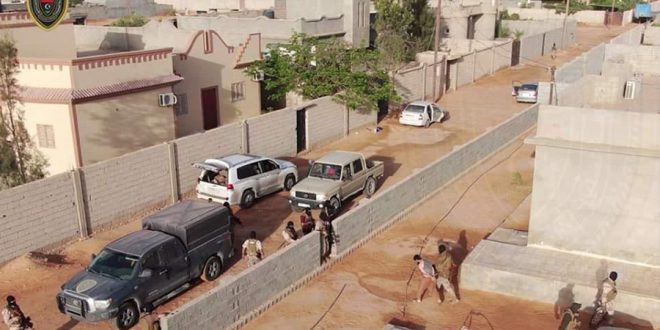 Libyan Misrata operations room has arrested a man suspected of terrorist acts and of being part of ISIS groups.

A force from the operations room raided a house in Abu Grein in southern Misrata and detained the militant after an arrest warrant for him was issued by the Public Prosecutor’s Office.

The room explained on Thursday that Fares Belhaj (A.K.A. Khattab) was apprehended on Monday in Abu Grein in coordination with central region’s criminal investigation apparatus.

“The militant was arrested along with persons believed to be linked to his terrorist acts. We also seized weapons and ammunition as well as documents. The arrested persons will be sent to the concerned authorities for legal procedures.” The operations room said.

Libya’s Interior Ministry said last week that it had busted the Emir of Hisbah of ISIS and another terrorist linked to Al-Qaeda.