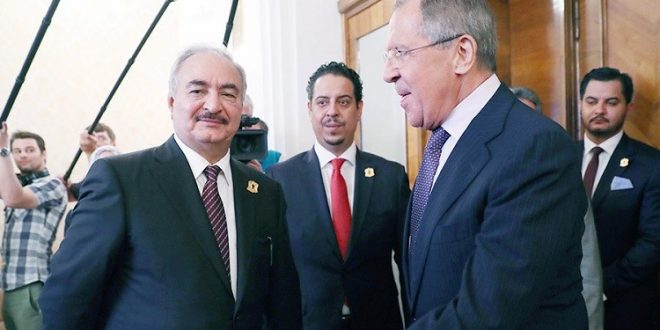 Khalifa Haftar has arrived in Russia’s capital Moscow in order to meet with officials and review support for his military offensive on Tripoli and against the UN-backed Government of National Accord, local media sources reported.

The sources added that Haftar’s visit is going to focus on ways for him to end the current crisis created after his Tripoli attack on April 04, 2019.

Before Moscow, Haftar paid two visits to Egypt and Saudi Arabia, one visit to France and Italy and teo days ago, he met with Egyptian Spy Chief Abbas Kamel.

Haftar launched his offensive on Tripoli on April 04 and since then, over 530 people have been killed and over 2500 injured, besides over 80.000 people displaced.