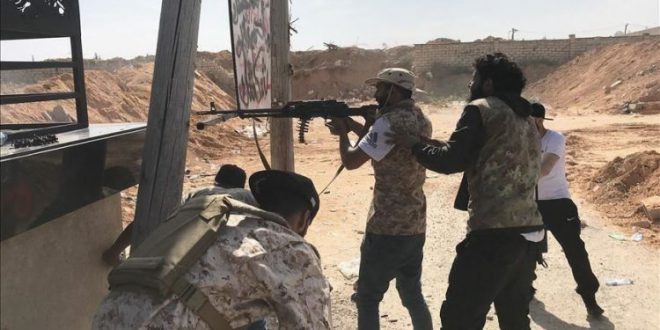 Violent clashes erupt on all frontlines in southern Tripoli

Local media outlets have reported heavy fighting between Libyan Army forces of the Government of National Accord (GNA) and Khalifa Haftar’s forces on different frontlines in southern Tripoli.

The sources confirmed that the forces under GNA’s command advanced on different frontlines in southern Tripoli and pushed away Haftar’s forces from their positions.

This was coupled with airstrikes carried out early on Saturday by the Libyan Air Force against ammunition and military vehicles of Haftar’s forces in Gharyan city where his forces are based.

According to local media, scores of injuries and about four deaths have been reported from both sides due to Saturday’s heavy fighting.