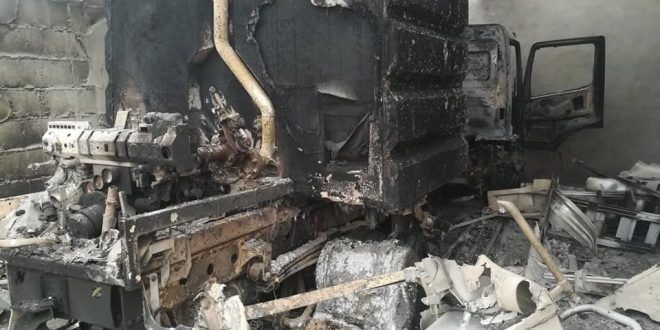 At least 18 people were injured following two car bomb explosions that targeted a military unit in Libya’s eastern coastal city of Derna.
The blast sent plumes of black smoke into the sky, a medical source and residents told Reuters early on Sunday.

“We heard the first explosion, but we thought it was fireworks, then we heard the second,” one resident said over the phone.

“We found people around the Bulahati military unit and there was huge black smoke in the sky,” another added. “We then discovered it was car bombs.”

On Saturday, forces loyal to the UN-backed Government of National Accord (GNA), launched a violent attack from various axis of the fighting against LNA south of the capital Tripoli.

Sources confirmed that GNA forces had made progress in areas previously controlled by the LNA.

Heavy and medium weapons were heard clearly in different parts of the capital, which was the scene of clashes that erupted since the early morning hours.

Witnesses confirmed the fall of several shells randomly on houses of civilians in the area of  Al-Swani, southwest of Tripoli, where damaged buildings could be seen.