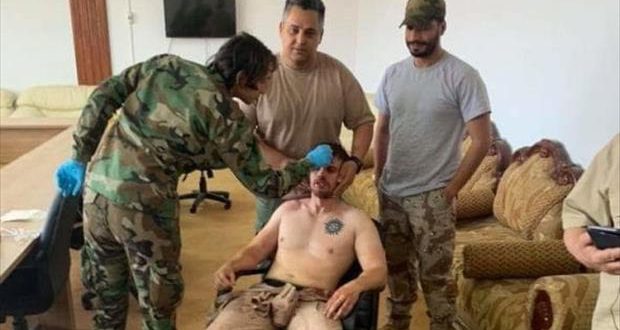 Washington Post: Haftar releases American pilot who was calimed to be Portuguese mercenary for GNA

The Washington Post said a US Air Force veteran Jamie Sponaugle was released from captivity in Libya this week where he has been held since early May by Khalifa Haftar’s forces on accusations of being a mercenary, according to US government officials and a source familiar with the matter.

Sponaugle was freed after being held captive for weeks by forces loyal to Khalifa Haftar.

While the State Department claims that US policy of supporting the GNA remains enact, President Donald Trump’s praise for Haftar earlier this year signaled a departure from previous administration statements condemning the rogue Libyan general’s march on the capital.

“We are always pleased to see Americans held captive overseas returned home to their friends and family,” Robert O’Brien told CNN Tuesday, after the Washington Post broke the story.

“We appreciate his captors’ decision to release him. We also thank the kingdom of Saudi Arabia for its role in resolving this case,” he said.

Sponaugle was captured by Haftar’s forces in early May when the jet he was flying near Tripoli went down.

Over the last few weeks State Department officials at various levels, including Trump’s envoy for hostage affairs, have been in touch with Sponaugle’s captors to facilitate this release.

Saudi Arabia was very helpful in resolving the matter, according to a senior US government official.

Sponaugle will be landing in Saudi Arabia Tuesday and then he will decide where he wants to go, the sources explained.