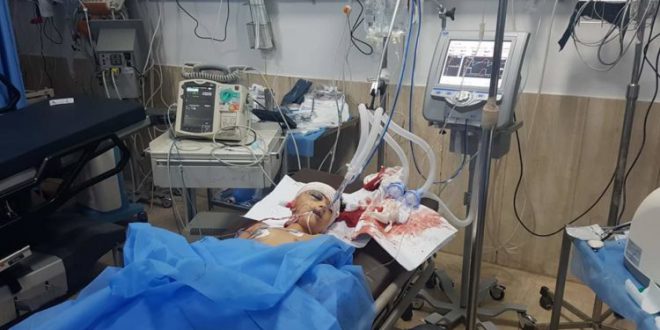 A baby girl and her father were killed on Monday in an overnight grad rockets shelling by Khalifa Haftar’s forces on Hadba Project area in Tripoli.

According to local sources, the shelling hit civilian houses, including the house of the man and his daughter who were killed, while the rest of the family got wounded.

Haftar’s Air Force also carried out airstrikes on Sunday hitting the only operational airport in Tripoli, Mitiga Airport, with what local sources described as “UAE” warplanes.

This escalation by Haftar’s forces comes after suffering a major blow to their war on Tripoli as they have lost the main base and supply line to the south of Tripoli battle; Gharyan.

Tripoli offensive has left over 730 people killed and over 4.400 injured people according to the World Health organization.