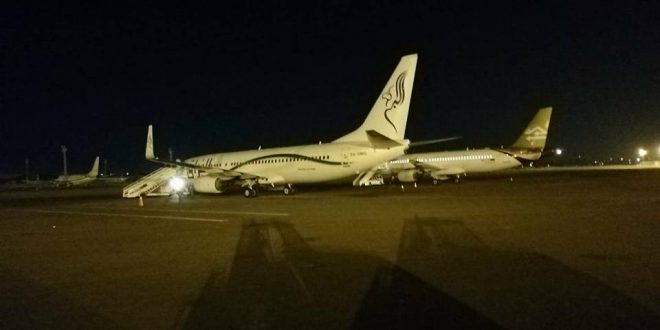 Mitiga Airport Administration said on Facebook that it had suspended flights after the airport was targeted with new airstrikes by Khalifa Haftar’s Air Force on Wednesday evening.

Sources from the aviation sector said “drones” for Haftar’s forces raided more than once Mitiga Airport, without detailing the damage.

Meanwhile, the spokesman for Khalifa Haftar’s forces Ahmed Al-Mismari said the airstrike on Mitiga Airport destroyed the control room of drones of the Libyan Army, which was denied by the sources who confirmed that the air raids hit the civilian part of the airport.

Mitiga Airport has been targeted multiple times since the start of Tripoli offensive by Haftar’s forces, leading to suspensions of flights and redirections to Miarata airport. The latest of the strikes was two days ago.