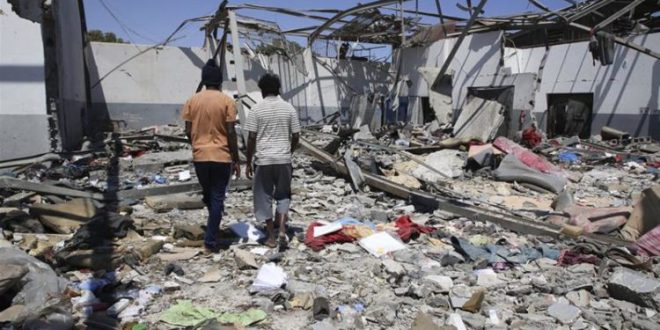 MSF calls for immediate evacuation of migrants from Libya

Doctors Without Borders Wednesday called for urgent evacuation of refugees and migrants held in detention centers in Libya in the wake of a fresh attack killing many of them.

In a written statement, Alfani called the airstrike “a horrific tragedy that could have easily been avoided,” adding that the MSF teams provided medical care at the place.

“What is needed now is not empty condemnation but the urgent and immediate evacuation of all refugees and migrants held in detentions centers out of Libya,” Alfani stressed.

He said there were more than 600 vulnerable men, women, and children trapped in the Tajoura detention center at the time of the attack.

“Our teams visited the center earlier yesterday and saw 126 people in the cell that was hit. Those who survived are in absolute fear for their lives,” he added.

Haftar’s forces air raided the Tajoura migrants’ detention center Wednesday and killed over 44 and injured over 100 others.