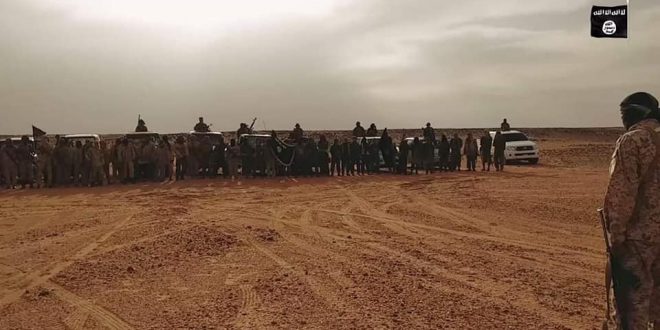 Militants from the ISIS extremist group have released a video claiming that it was taken in the desert region in Libya, pledging their loyalty to the group’s leader, Abu Bakr al-Baghdadi.

The video circulated by social media users was titled “the good end will be for the righteous”, and showed dozens of militants dressed in military uniforms.

There was no evidence in the video that proves the place or time of the recording.

The 4.52-minute video included a statement for someone called “Abu Musab Al-Libi”, in which he vowed to continue what he called “Jihad” in Libya until the word of God is upheld, according to their extremist thinking.

The Security and Protection Force of Sirte had issued several warnings that the terrorist ISIS organization may be back in action and is profiting from the chaos in the south after the aggression on Tripoli.