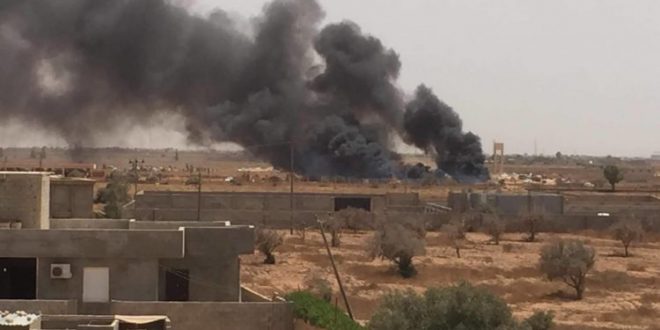 Six people have  been killed and over 30 others have been wounded as two car bombs exploded at a funeral for a former special forces commander in the eastern Libyan city of Benghazi.

The people killed in Thursday’s afternoon blast included two civilians and two soldiers, while soldiers, police, and civilians were among the injured, local medical sources reported.

Tens of senior military figures from Khalifa Haftar’s self-proclaimed army, including current head of the special forces Wanis Bukhamada, attended the funeral service when the explosions happened, but none of the military leaders were killed or wounded, the sources said.

The funeral was for the former commander of Saiqa Force Khalifa Al-Mismari, who was in the past a senior Gaddafi military officer.