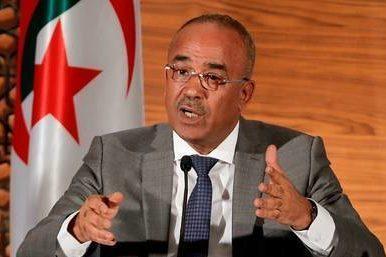 Algeria denies statements about Haftar attributed to its foreign ministry

A statement issued by the Ministry of Foreign Affairs in the Libyan government of National Accord (GNA) quoted Badawi who allegedly rejected Haftar’s actions, saying: “Haftar is nothing compared to the holiness and greatness of Libya.”

Radio Algeria’s website quoted an official source saying that the statements were false and misleading.

The source stressed Algeria’s “firm position and the principles governing the Algerian foreign policy based on respect for the sovereignty of States and non-interference in their internal affairs.”

The same official source stressed that “a political solution negotiated and accepted by all parties is the only way to solve the conflict, ensure sustainable peace and stability, and preserve the supreme interests of the brotherly Libyan people.”

Earlier, the head of the Algerian government, Noureddine Badawi, received the Interior Minister of the GNA, Fathi Pashagha. Thus, a statement issued by the Interior Ministry of the GNA’s Internal Accord indicated that Badawi called on the United Nations “to issue a statement on the current situation in Libya due to Haftar’s attempt to control Tripoli.”

Since 4 April, Tripoli has been embroiled in armed battles following the launch of a military operation to control the capital by Haftar’s forces, amid widespread international condemnation and concerns that the hopes of reaching a political solution to the crisis will fade. Hence, the legitimate armed forces of the GNA have been called up to face the offence.

Since 2011, Libya has been locked in a struggle for legitimacy and authority, which is currently taking place between the GNA forces, headed by Fayez Al-Sarraj, in the west and Haftar forces in the east.