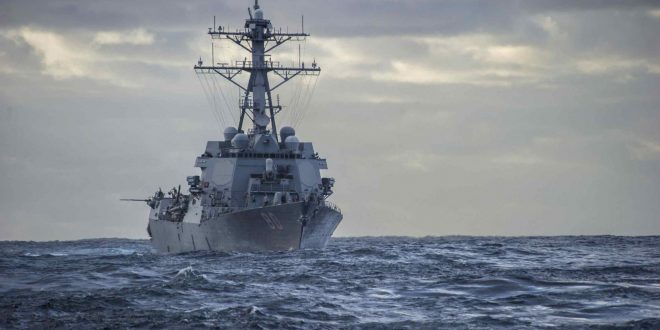 Two United Nations agencies have called on the European countries to resume rescue operations in the Mediterranean Sea and to stop refugee and migrant returns to Libya, where they face dire conditions and are at risk due to the ongoing conflict.

The appeal, issued late on Thursday by the UN’s refugee agency (UNHCR) and the International Organization for Migration (IOM), came in the wake of a deadly air attack on a Libyan migrant detention centre and continued tensions between Italy and migrant rescue charities.

Libya is one of the main departure points for migrants and refugees fleeing poverty and war in the Middle East and Africa and attempting to reach Europe by boat.

“In the past, European state vessels conducting search and rescue operations saved thousands of lives,” UNHCR and IOM said in a joint statement. “They should resume this vital work.”

The two organisations also said that charity vessels “have played a similarly crucial role on the Mediterranean and must not be penalized for saving lives at sea”.

The European Union‘s Operation Sophia ended its naval patrols in the Mediterranean in March due to disagreements on how rescued individuals should be divided between EU member states. Since its launch in 2015, the mission has rescued tens of thousands of people.

The decision came amid resistance to the naval operations from Italy, whose far-right Interior Minister Matteo Salvini rejected the existing arrangement whereby all those rescued at sea were taken to Italian ports.

Salvini, who is also Italy’s deputy prime minister, also shut the nation’s ports to charity rescue vessels, threatening transgressors with fines of tens of thousands of euros and the impounding of their vessels.

However, the German-flagged Sea-Watch 3 and Italian sailboat Alex, run by the NGO Mediterranea, have both defied the ban in the past two weeks, bringing migrants into Lampedusa.

Since April, meanwhile, the EU has monitored Mediterranean migration activities from the air, while continuing efforts to train the Libyan coastguard and crack down on human traffickers and smugglers.

Maja Kocijancic, spokeswoman for outgoing EU foreign policy chief Federica Mogherini, said in a statement on Friday that the bloc’s “overarching aim … is to continue to focus on saving lives”.

At least 682 deaths have been recorded in the Mediterranean so far this year, according to IOM statistics, almost half as many as the 1,425 registered in 2018.

In addition to the hundreds of migrants and refugees who have drowned in the Mediterranean since January, at least 3,750 others have been intercepted at sea and taken back to Libya by the country’s coastguard – with the approval of the EU.

“We cannot take in all of Libya and all the problems it has and bring them to Italy,” he told Italy’s Il Fatto Quotidiano newspaper. “To be clear, we [alone] cannot save migrants from [the situation they face in] Libya. To do that, we need agreements at the European level.”

But human rights groups weighed in with criticism of the policy on Friday, with migration challenges set to feature at a meeting of EU foreign ministers on Monday and informal talks among the bloc’s interior ministers later in the week.

“Expressions of outrage over dire conditions and dangers to detainees amid fighting in Tripoli ring hollow without urgent life-saving measures to get people out of harm’s way,” Judith Sunderland, associate Europe and Central Asia director for Human Rights Watch (HRW), said in a joint statement with Amnesty International and the European Council on Refugees and Exiles.

They called on the EU governments to help Libya shut down detention centres and evacuate the most vulnerable, arguing that the bloc has been closing its eyes to the issue.

An estimated 6,000 migrants and refugees are held in detention centres across Libya, which splintered into a patchwork of competing power bases following the overthrow of former leader Muammar Gaddafi in a NATO-backed uprising in 2011.

Approximately 50,000 registered refugees and asylum seeker,s as well as some 800,000 migrants, are currently living elsewhere in Libya, according to UNHCR.

The UN has repeatedly warned the sprawling North African country is not a safe place for migrants and refugees to be held and called for those in detention centres to be released.

The warnings escalated in recent days after a deadly air raid on a detention centre for migrants and refugees near capital Tripoli killed at least 60 people and wounded 77 others, prompting the UN Security Council to call for Libya’s warring parties to commit to a ceasefire.

The LNA denied the accusation, saying it targeted a nearby militia’s position, but did not attack the hangar where the migrants were being held.

LNA, which controls the oil-rich eastern part of Libya and much of the south, enjoys the support of Egypt, the United Arab Emirates, and Russia. In April, under Haftar’s command, it launched an offensive in a bid to wrestle control of Tripoli from the GNA.

But LNA has faced stiff resistance from several militia groups aligned with the GNA, which is aided by Turkey and Qatar.

Haftar, who casts himself as a foe of “extremism” but is viewed by opponents as a new authoritarian leader in the mould of Gaddafi, has previously vowed to continue his offensive until Libya is “cleansed of terrorism”.

International Relations and CooperationTrafficking and Migration
All
2019-07-12
asaeid
Previous Libya: water supply halted in Tripoli over armed attack
Next New challenges for Moscow with arrest of ‘Russian trolls’ in Libya